But, how do you know if you have a vocation? 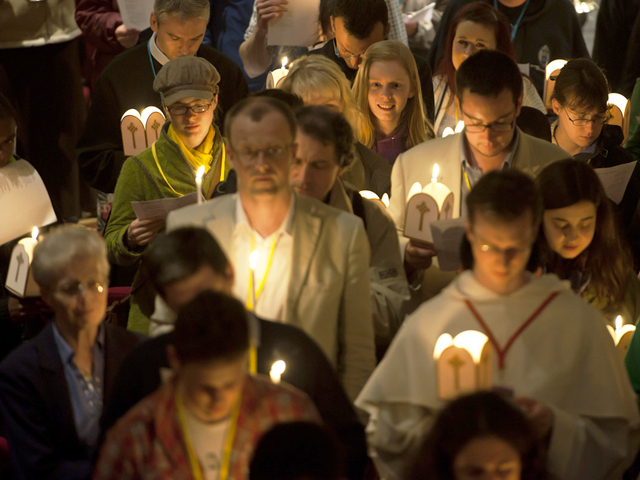 The Seminary has just launched a new website: allenhall.org.uk, which has sections about daily life and the formation programme to give people an insight into what things are really like inside the seminary.

But how do you know if you have a vocation to the priesthood, marriage or the religious life?

For women thinking about religious life, there are some handy hints on the aptly named “How to be a Nun” page of the UK Religious life website:
ukreligiouslife.org/resources/how-to-be-a-nun

It turns out that “…the things required to make a good wife, single person and nun are exactly the same. Choosing to act justly, love tenderly and walk humbly is just as necessary in religious life as in married and single life.”

For men and women alike it helps to have guidance. As one seminarian at Allen Hall commented: “My spiritual director was also fantastic in guiding me with deep wisdom during this period of discernment. As well as receiving encouragement from parishioners (at my Parish), this journey towards the priesthood has given me an ever-deeper sense of peace which, to me, has been the biggest sign that this is indeed the right step.”

And for those who have taken a first step and are joining a community, ‘How to be a Nun’ provides some good advice about what NOT to bring:
Please do not bring:

six suitcases of anything,your entire wardrobe,every letter you have ever received,a year’s supply of household goods,your mobile phone, iPod or laptop,an absolute resentment of any authority but your own,a 2 metre statue of Buddha or a 4 metre statue of the Sacred Heart,an intolerable prejudice against any other race, nation or culture,invincible self-regard or your scuba diving suit!

In the Catholic Church in England and Wales, the numbers of vocations to the priesthood have almost doubled in the last decade.