Bishops tell Christians of Gaza “You are not alone” 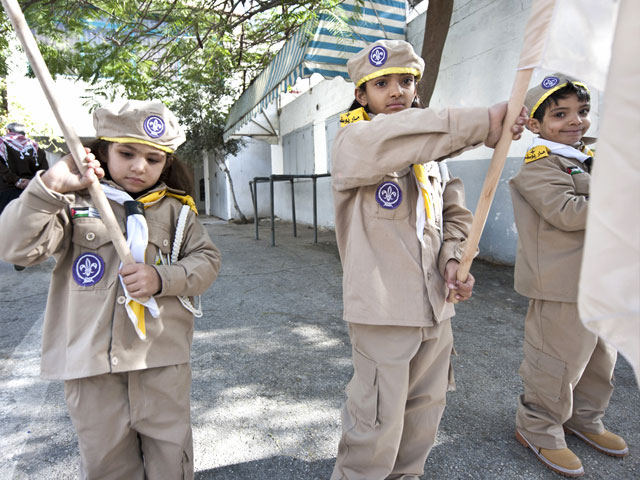 Bishops from Europe and North America celebrated mass with the Catholic community in Gaza on the Feast of the Lord’s Baptism, 8 January, as they started this year’s Holy Land Coordination in support of the local Church.

The Christian community of Gaza is made up of 2,500 people, of whom Catholics number around 300, in a total population of 1.5 million. Religious sisters run a home for the elderly, a centre for the disabled and a kindergarten and with the parish of the Holy Family are also involved in the running of the Catholic schools for the community.

Greeted by a band of 40 scouts, the Bishops brought messages of support from their Dioceses and respective Bishops’ Conferences. After mass, there was an open meeting, during which the parishioners shared their experiences of living in Gaza, where the economic blockade and security situation make work and freedom of movement extremely difficult.

Bishop William Kenney, Auxiliary Bishop in Birmingham told the parishioners: “What I want to say to you is ‘you are not forgotten’.”

Bishop Michel Dubost, Bishop of Evry, Paris, said: “Today everyone in my Diocese is praying for you as they know we are making this visit. Last week, I asked prisoners in the largest prison in Europe [in Evry] to pray for you.”

The Apostolic Nuncio, Archbishop Antonio Franco said in his homily that in celebrating the feast of the Baptism of our Lord, there was a call to act as Christians at all times as we share this Baptism.

“This is a faith that should always inspire us to act in love. Jesus inspires us to overcome difficulties in life and this shared celebration is a signal of hope. The Universal Church, led by the Holy Father shares its faith with you in this Church in Gaza and is united with you as you go through particularly difficult times.

“You are not alone and with faith in the Lord we can together overcome difficulties. This mass is a renewal of our faith and we ask for Mary’s blessings that we should always be Christian in the way we act and the way we live.”

With the Assembly of Catholic Ordinaries of the Holy Land, the opening session of the Coordination will take place on Monday 9 January. During the four days of the meeting, there will be addresses from His Beatitude Patriarch Fouad Twal and the Apostolic Nuncio, presentations from academics and a view from both Israelis and Palestinians about the impact of the “Arab Spring” and the socio-political changes in the region.

In addition to the prayers, liturgies and formal visits to other Catholic rites and Christian denominations, on Tuesday 10 January, there will be a visit to Haifa, during which there will be an inter-religious exchange with Jews, Muslims, Druze and Bahai. Political meetings will take place with both Israeli and Palestinian ministers and other politicians.