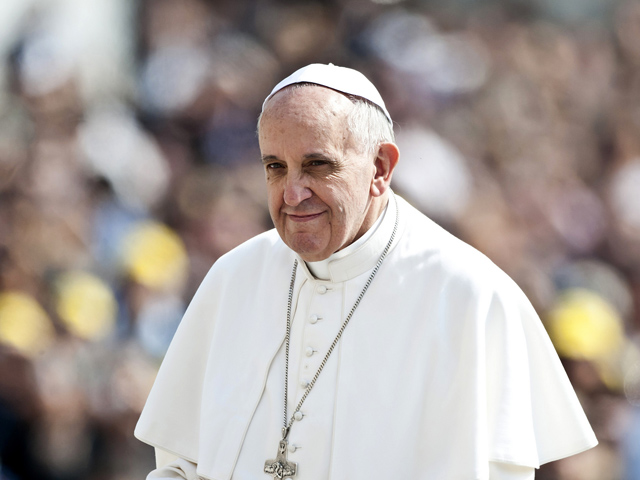 The Bishops’ Conference of England and Wales welcomes the long hoped-for meeting of the Holy Father Pope Francis and the Patriarch of Moscow, to take place in Cuba on 12th February.

A primary objective in the pontificate of St John Paul II was the restoration of Christian unity, especially between the Catholic and Orthodox Churches. His Encyclical Ut Unum Sint and his Apostolic Letter Orientale Lumen both stress the vital importance to the Catholic Church of the need for unity between the Churches, and the desire for bonds that already connect the Orthodox and Catholic Churches in life and faith to be even closer, so that once again our mutual communion may be re-established in its fullness.

The 2014 visit of Pope Francis to the Ecumenical Patriarch Bartholomew in Constantinople, six months after their encounter in Jerusalem to mark the 50th Anniversary of the lifting of the anathemas of 1054 under Pope Paul VI and Patriarch Athenagoras I, has continued the friendship that has grown between Orthodox and Catholic leaders, especially in the last fifty years of cordial fraternal visits, theological dialogue to resolve our differences, and the strengthened witness to Christ side by side of Orthodox and Catholic Christians around the world, in the face of common challenges in contemporary society, from secularism, and religious persecution on account of the Name of Christ.

Integral to this new “Dialogue of Love” is the Russian Orthodox Church. As the largest of the Orthodox Churches, not only locally in the Russian Federation but also serving its faithful across the world, it is a Church alongside which the Catholic Church lives day by day, facing the same challenges and concerns, bearing witness to the same Lord. Represented in the United Kingdom by the Diocese of Sourozh led by Archbishop Elisey, the Russian Church is honoured for the sake of the sufferings it endured during more than 70 years of constraint, persecution and martyrdom under atheist Communist rule, and yet also, in the midst of exile and oppression, for instilling a deep love in the West for its unique cultural and spiritual patrimony, as well as the courage, fortitude and faith of its clergy and people.

As one who himself had also laboured under the yoke of Communist rule in Poland, Pope St John Paul II longed for closer relations with the Russian Orthodox Church, for the sake of building Christian Europe anew. The hope for a meeting between the Pope and the Patriarch of Moscow was shared by Pope Benedict XVI but an encounter proved likewise inopportune.

Now, Pope Francis and Patriarch Kirill are to meet in Cuba in the course of their respective pastoral visits. While this momentous meeting is not to address and decide on disagreements, it is a move that has the potential to strengthen the numerous previous and existing efforts on the part of the Catholic and Orthodox Churches towards dialogue and unity, including those of Catholics and Orthodox in Russia and Ukraine, in the spirit of seeking after truth and reconciliation.

We recognise the vision and imagination of Patriarch Kirill in resolving to meet with the Holy Father as an answer to the prayers of many. We hope that it will be the first of many meetings in which trust and fraternity can grow, so that the reconciliation that Christ expected of us and the unity that He prayed for – both of which we long for – may be reached to His glory – “so that the world may believe it was You that sent Me.” (John 17.23)

+Bernard
Most Revd Bernard Longley, Archbishop of Birmingham
Chair of the Department of Dialogue and Unity
Catholic Bishops’ Conference of England & Wales