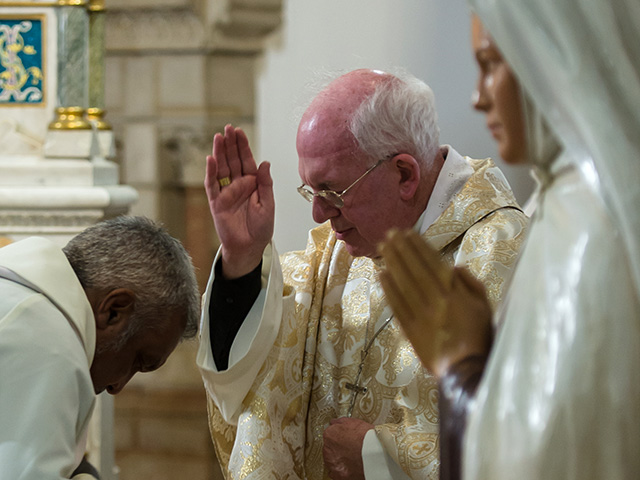 Bishops from around the world taking part in this year’s Holy Land Co-ordination today celebrated Mass at the Carmelite Convent in Bethlehem.

The Carmel was founded by Mariam Baouardy – Sister Mary of Jesus Crucified. Sister Mariam, a Palestinian Discalced Carmelite nun of the Melkite Greek Catholic Church, will soon be declared a saint. Last month, December 2014, Pope Francis issued a decree recognising the miracles needed for her canonisation.

The Most Rev Patrick Kelly, Archbishop Emeritus of Liverpool, gave the introduction and homily.

You can read Archbishop Kelly’s homily and the poem he refers to, The Shroud by George Every by using the links below or to the right of this article.