The Children, Schools and Families Bill will get its second reading today in the House of Lords. As you may recall, the Bill’s aim is to make the teaching of Personal Social and Health Education (PSHE), including Sex and Relationships education, a statutory part of the National Curriculum in all schools.

It gives parents the right to withdraw their children from Sex and Relationships education up to the age of fifteen and requires that PSHE be taught in all maintained schools in a way that “endeavours to promote equality, encourages acceptance of diversity, and emphasises the importance of both rights and responsibilities.

The firestorm whipped up in the media a couple of weeks back by the proposed amendment to the Children, Schools and Families Bill giving schools with a religious character the right to teach the new PSHE curriculum according to the school’s ethos highlights a lack of real understanding of what is being taught in Catholic schools.

Concerns were expressed then that the amendment would give a licence to faith schools to teach sex education in a way that would be discriminatory and would promote homophobia.

However, teaching PSHE the Catholic way does not lead to discriminatory and intolerant behaviour, nor does it lead to a deficient knowledge of the full facts of life.

If, as the new Government Bill proposes, pupils should be entitled to an objective and balanced sex education, then this entitlement should involve the curriculum giving the whole truth about the issues involved. What pupils are in fact entitled to, is the development of a personal maturity and an education which respects the values of their parents and family. In the heart of a family, whatever its size, children and young people learn about their responsibilities as well as their rights, they learn to develop relationships which are based on the equality of self-giving love and not solely on personal need. For this reason, the Catholic Church teaches that the beliefs and values of parents should always be the primary context in which pupils of school age receive their education about responsible sexual expression.

In Catholic teaching, the equality of all men and women is embraced because all are seen as the children of God. They are not defined by their race, ethnic identity or sexual orientation. Respect for their human diversity is drawn from their unique identity as a son or daughter of the God. Equality, the respect for diversity, and human rights and responsibilities are concepts which are rooted in that human dignity. This is where the true moral imperative for tolerance is found.

To suggest that teaching PSHE in a way which reflects a Catholic school’s religious ethos will encourage bullying or prejudice of people on the basis of their sexual orientation on a scale greater than might be found in other maintained schools, has no basis in fact. Bullying of any kind in a Catholic school, homophobic or otherwise, is unacceptable because it is a violation of our human dignity as children of God.

Catholic schools facilitate the right to choose a Catholic education for children and young people. They are valued not only by Catholic parents but by parents of other religious faiths and none. This contributes to social cohesion where the rights of parents are respected and educational diversity is maintained and valued. In a diverse society, shared core values that promote respect for the rights and dignity of every human person are essential for social cohesion. The recent amendment to the Children, Schools and Families Bill rightly recognises the educational diversity and the valuable contribution that Catholic schools and other schools with a religious character make to social cohesion.

Now is the time for those who make intemperate attacks on schools with a religious character to be challenged about their assumptions. They lack an understanding of the role that religious faith plays in our society and show little respect for the choice of education that many parents want for their children. If our endeavour to ‘promote equality’, ‘encourage acceptance of diversity’, and emphasise the ‘importance of both rights and responsibilities’, are to be anything more than just fine sentiments, then it must also seek to understand more accurately and respect more sincerely those who share a religious faith. 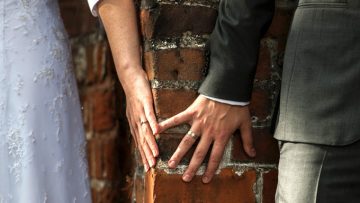 Working Document for the Synod of the Family