Bishop Lang: Our mission is to promote international solidarity and challenge indifference to others 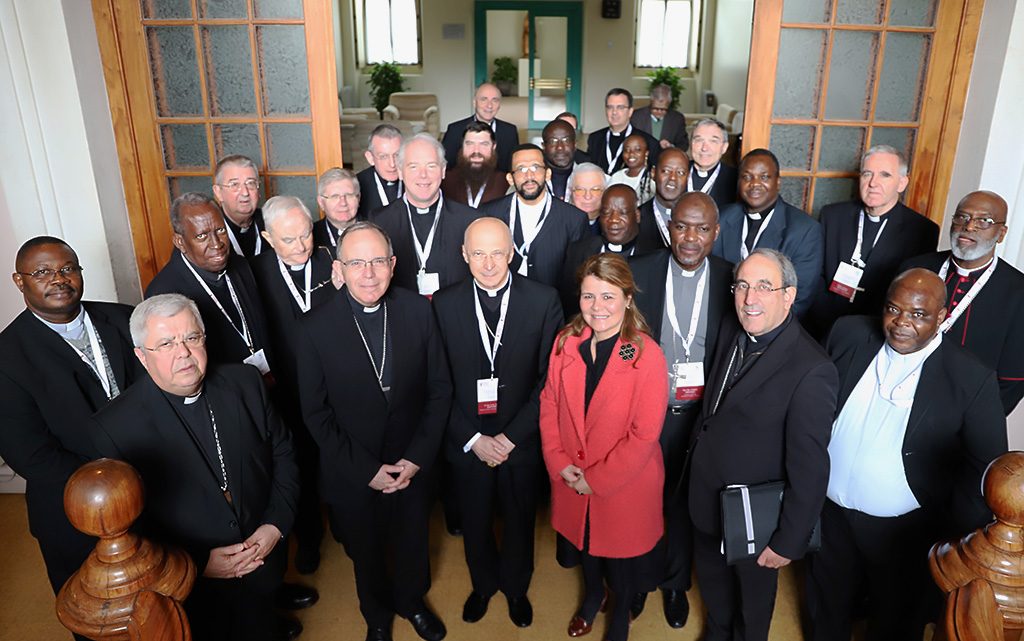 Bishop Declan Lang, Chair of the Bishops’ Conference Department for International Affairs, has given an address to European and African bishops about the mission of the Church in context with the challenges of globalisation.

Speaking in Fatima, Portugal, on 14 April, Bishop Declan was taking part in an on-going series of collaborative study seminars hosted by CCEE, the Council of Bishops’ Conferences of Europe, and SECAM, Symposium of Episcopal Conferences of Africa and Madagascar.

The theme for reflection was: ‘What globalisation means for the Church and cultures in Africa and Europe’.

Bishop Declan split his address into three sub-themes to explain the nature of the Catholic Church’s mission:

Affirming Pope St John Paul II’s insistance that globalisation “must serve solidarity and the Common Good”, Bishop Declan acknowledged the enormous potential for countries to cooperate to serve the human person, create livlihoods, and open up new opportunities but recognised that systems and safeguards need to be in place with regard to access to foreign markets and global trade.

“Time and time again the system is stacked in favour of wealthy countries and multi-national corporations, labour standards are kept low in the interest of profit, and human rights commitments remain nothing more than promises on paper.

“Yes, international trade has helped people out of poverty. But on too many occasions it has also allowed rich countries to become dependent on cheap goods, holding back working conditions in the developing world.

“It has allowed agricultural dumping to destroy the livelihoods of struggling farmers. And it has undermined environmental safeguards designed to protect our planet for the next generation.”

The second challenge, in the Bishop’s view, is to address isolationism and work, as a universal Church, for international solidarity.

“We have a mission to pastorally support those who legitimately feel left behind by globalisation, as well as those who have been stigmatised because of isolationist sentiment. Particularly when upheavals such as the Brexit vote take place we have a role to play repairing bridges both within and between our countries.”

Finally, Bishop Declan discusses the Christian responsibility to nurture and strengthen the Church’s own global cooperation in the service of humanity. He praises the committment and efforts of Catholic schools and parishes and the work of Caritas around the world – “truly global solidarity in action”.

He also gives the example of the Santa Marta Group as evidence of the Church’s international approach to the Common Good. The Santa Marta Group is an alliance of Bishops and police chiefs from more than 35 countries working in collaboration to tackle modern slavery.

“The partnerships, education programmes, community initiatives, and victim support services that have been established through the group are making genuine progress in the fight against this horrendous crime. Our own congregations are also being mobilised to educate themselves, hold elected officials to account and exercise their power as consumers in pressuring businesses to act.”

Read the full message by downloading the document below:

The study seminars, involving around ten bishops from Europe and Africa, were set up in 2012 to allow participants to reflect on important pastoral concerns for the peoples of both continents.