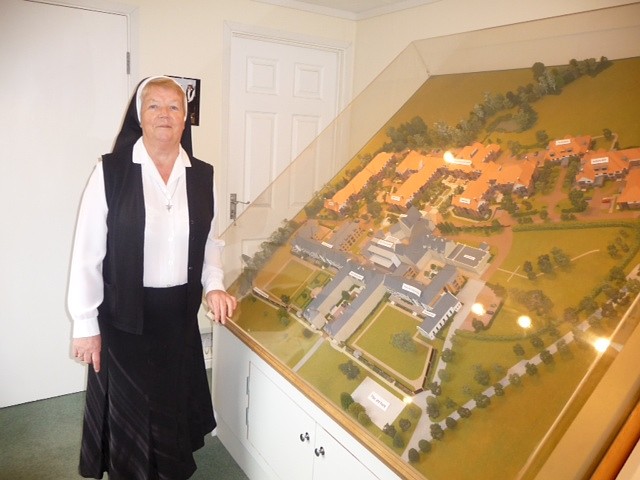 Sister Mary Thomas, an Augustinian Sister, has been awarded an MBE by Her Majesty the Queen in the New Year’s Honour’s List for services to ‘St George’s Park Retirement Village’. She has been the leading light in the creation of this imaginative and innovative state of the art care village which enables older people to live an active and fulfilled life in a secure and supportive environment.

On hearing about the Award, Sr Thomas said: “I accept this MBE on behalf of the community of the Sisters of St Augustine and all those we are privileged to serve in our care homes. I recognise that the award is given not just to myself but in recognition, too, of my own religious community and many other professionals who have worked with us over these years to assist the elderly and most vulnerable in our society.”

Sr Mary Thomas (Agnes Dunne) is the daughter of Denis and Mary Dunne. She was born in Cabra, Thurles, Co. Tipperary, Ireland. Educated by the Presentation Sisters in Thurles, she spent time working for an electrical/television firm before she joined the Augustinian Sisters. Following the call of the founder of the Augustinian Sisters, Canon Peter John Maes, who dedicated his life to the care of the sick, Sr Mary Thomas trained as a general and psychiatric nurse. She has spent all of her religious life caring for the sick and elderly frail and when appointed as the Superior of the Order in the 1990s, she began the process of creating this innovative, new care village.

Augustinian Care provides care with nursing for elderly frail residents and those with mental health problems in Sussex, Buckinghamshire and Devon. Its aim is to provide unique high quality care, enabling individuals to lead valued and fulfilled lives with freedom to make choices.

The Augustinian Order was founded in 1842 in Bruges, Belgium by Reverend Canon Peter John Maes who devoted his life to the care of the mentally ill. The Sisters of St. Augustine was re-formed in 1866 when it established its first home, St. George’s Retreat in Burgess Hill, Sussex, principally to care for the mentally and physically ill. The Sisters have continued to care for those in need ever since, including elderly and sick priests who have dedicated their lives to the service of others.