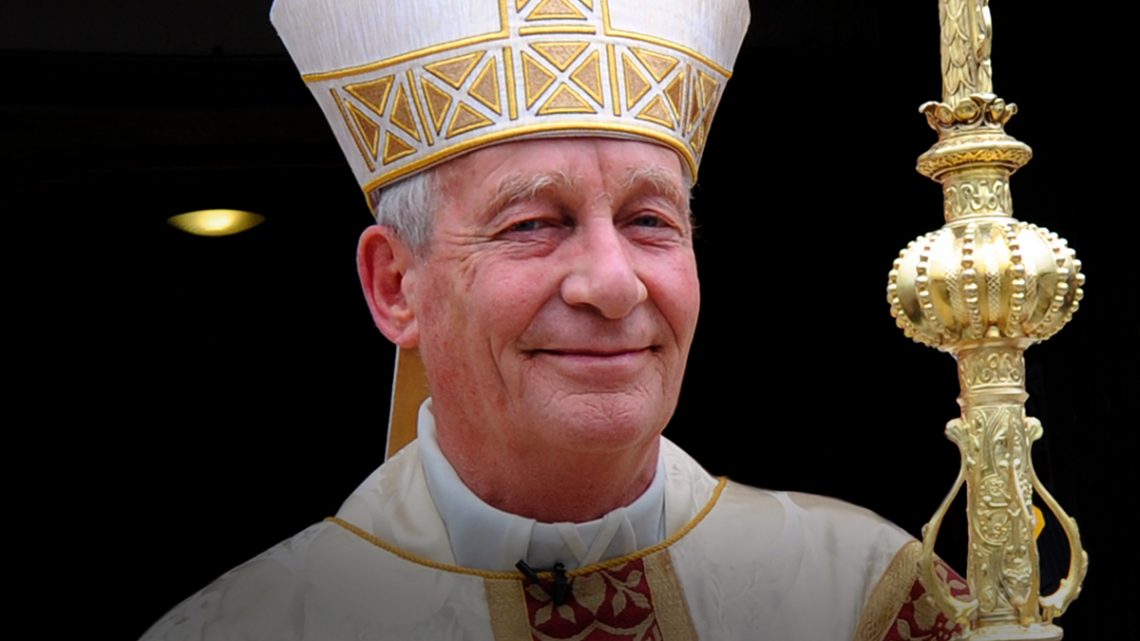 In a letter to the clergy of the Archdiocese, Archbishop John Wilson wrote:

“Archbishop Peter had received the sacraments and prayers of the Church and was visited in hospital by family and friends. I was able to visit him earlier that evening and he was also visited by Cardinal Vincent Nichols, the Archbishop of Westminster.

“Our gift to Archbishop Peter now is to pray for the repose of his soul, and to remember prayerfully his family, friends and loved ones at their time of loss.

“In a ministry that spanned almost fifty years, Archbishop Peter made an outstanding contribution to the Catholic Church across three dioceses, and nationally through his service on the Catholic Bishops’ Conference of England and Wales.

“Most importantly, he was a disciple who witnessed to Christ with straightforward, splendid faith and radiant joy. Together with the other dioceses in which Archbishop Peter served, we mourn him with enormous affection and deep gratitude for all he gave so willingly and selflessly to so many people.

“We are grateful for the care Archbishop Peter received from the staff at the Royal Marsden Hospital.

“We now entrust our friend and brother to the Lord whom he served with such faithfulness, generosity and gentleness. May Archbishop Peter rest in peace and rise in glory.”

“I learn, with great sadness, of the death of Archbishop Peter Smith. I ask everyone to pray for the repose of his soul and for the consolation of his family and the people and priests of the dioceses he served.

“Archbishop Peter devoted his life entirely and unwaveringly to the service of the Lord in His Church. Peter served as bishop in three dioceses. There are, then, many who will remember him personally and treasure those memories.

“He was a fine leader in the Bishops’ Conference, acting as Vice-President for many years and leading our efforts in matters of social policy. He was a steadfast and effective opponent of all measures in favour of assisted dying. We owe him deep gratitude for his unflinching leadership.

“Peter’s warmth of character and strong personality will be sorely missed, not least by me.

“May he rest in peace and rise in glory.”

Funeral details will be announced in due course.