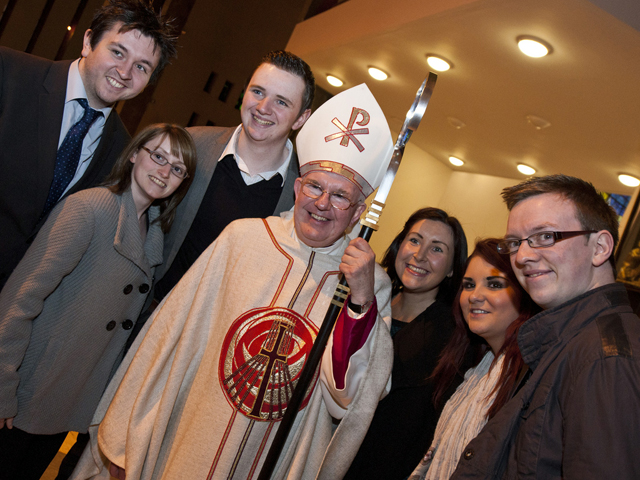 In a letter to the priests of the Archdiocese of Liverpool the Most Reverend Patrick Kelly, Archbishop of Liverpool, has announced his intention to retire and, in accordance with the Canon Law of the Roman Catholic Church, has offered his resignation to Pope Benedict XVI.

Archbishop Kelly continues to make good progress following the slight stroke he suffered early last month and begins his letter by thanking people for their prayers and good wishes. He says: ‘Thank you for all the prayers and messages I have received in the past few weeks; they have been deeply moving and much appreciated’.

The Archbishop continues by saying that he is returning to Liverpool on Tuesday 8 January to continue his convalescence but there is no question of his thereupon resuming pastoral engagements.

Archbishop Kelly concludes by saying: ‘Indeed, although the recovery has gone well, I have decided that I must offer to the Holy Father my resignation as Archbishop of Liverpool. It rests with the Holy Father to respond to the request I have put before him. Until he does so pastoral responsibility for the Archdiocese remains with me’.

Under the Code of Canon Law of the Roman Catholic Church a Bishop has to submit his resignation to the Holy Father at the age of 75. Archbishop Kelly will be 75 on 23 November this year.