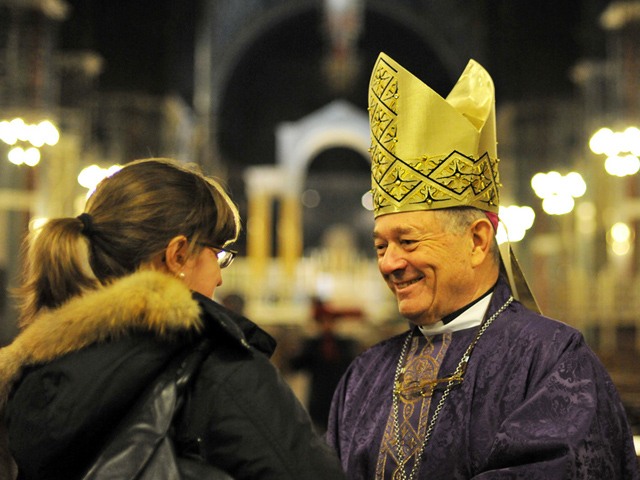 A statement from Mgr Marcus Stock, the General Secretary of the Catholic Bishops’ Conference of England and Wales, on the death of Archbishop Faustino Sainz Muñoz, the former Apostolic Nuncio to Great Britain.

“The members of the Catholic Bishops’ Conference of England and Wales were very saddened to learn of the death yesterday, Wednesday 31 October, of Archbishop Faustino Sainz Muñoz, the former Apostolic Nuncio to Great Britain.

The Bishops remember Archbishop Faustino with great affection and admiration. His ministry as the personal representative of the Holy Father was exercised with untiring devotion and great attentiveness to the needs of our countries. Before his premature retirement due to ill health, he had won the profound respect of the diplomatic community and the hearts of the episcopal conferences he worked with.

We send our sincere condolences to the family and personal friends of Archbishop Faustino. We pray that on this Solemnity of All Saints, in the presence of those many blessed souls who now behold the divine countenance, his soul too will enjoy the loving embrace of our Lord and Saviour Christ Jesus. May he rest in peace. Amen.”

Archbishop Faustino’s funeral will take place on 2 November at 8.00pm in Madrid.