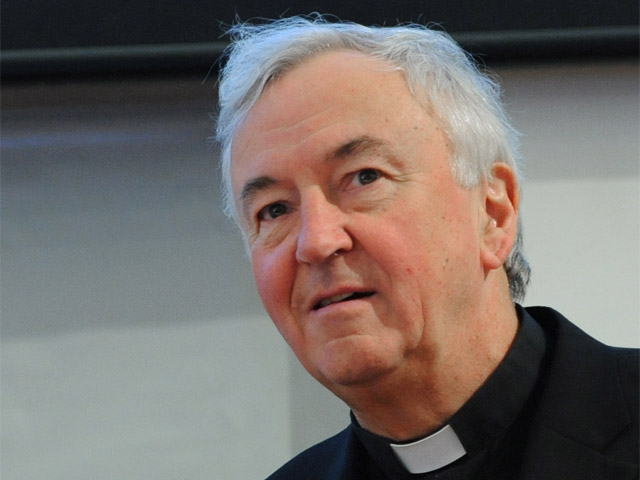 The President of the Catholic Bishops’ Conference of England and Wales, Archbishop Vincent Nichols, has released a statement on his visit to the Holy See, accompanying a government delegation, to mark the 30th anniversary of full diplomatic relations:

“It has been my privilege to accompany the delegation from Her Majesty’s Government to the Holy See, following the visit of Pope Benedict to the UK and marking the 30th anniversary of full diplomatic relations.

“I thank Baroness Warsi for her leadership of this delegation and for her address, calling on people of religious belief to be confident in expressing it and urging public discourse and institutions to be open to the positive contributions made by faith to the common good.

“This visit emphasises again the crucial contribution made by the Catholic Church throughout the world in the fight against poverty and hunger, against maternal and infant deaths and in the provision of education and health. This work is always based on the God-given dignity of every person and the respect for human life from its beginnings to its natural end.

“The delegation was received with warmth and generous hospitality. The Holy Father, in meeting the delegation, expressed his good wishes and prayers for Her Majesty, The Queen, on her Diamond Jubilee and for the success of the Olympic Games.

“Discussions also covered issues of climate change, the international focus on disarmament and arms control, international stability especially in the Middle East and Somalia, the work of inclusive institutions in Northern Ireland, cultural and artistic exchange and the good of the family.

“Peoples of faith in the United Kingdom can rejoice in the messages from this historic visit and we Catholics, in particular, can take great encouragement to be more confident in our faith and in its contribution to the well-being of our society through all we say and do.”

news.va
Report from the Holy See on the anniversary