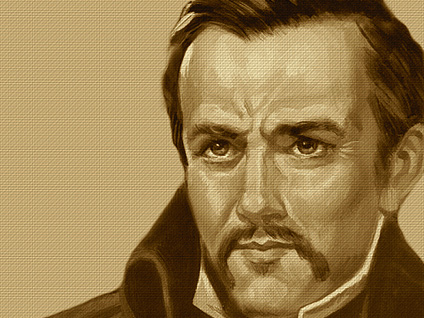 Pope Francis is to send a special envoy to Glasgow to mark the 400th anniversary of the martyrdom of St John Ogilvie, Scotland’s only post-reformation canonised Catholic martyr.

Cardinal Cormac Murphy-O’Connor, the former Archbishop of Westminster, has been asked by the Holy Father to be his special envoy at the celebrations which will involve Solemn Vespers at St Aloysius Church, Glasgow at 7:30pm on 9 March and a Mass in St Andrew’s Cathedral, Glasgow at 7:30pm on 10 March, St John Ogilvie’s feast day.

John Ogilvie, a convert to the Catholic faith from Banffshire was educated on mainland Europe before being ordained a Jesuit priest. He returned to his native country to serve for a short time. He was hanged at Glasgow Cross on 10 March 1615 after having been arrested for saying Mass and celebrating the sacraments with persecuted Catholics in and around the Glasgow area. He was canonised by Blessed Pope Paul VI in 1976 following the miraculous cure of Glasgow man John Fagan from cancer.

“I feel greatly honoured to be appointed by Pope Francis as a special envoy for the solemn celebration of the 400th centenary of the martyrdom of St John Ogilvie in Glasgow.

“I am particularly happy because I was in Rome for the saint’s canonisation in 1976 and took part in the great celebration for the Church in Scotland and indeed, the universal Church.

“I look forward to the events taking place in Glasgow on 9 – 10 March and to presenting the Holy Father’s message to the Church in Scotland and to all those present at the celebrations.”

Archbishop Philip Tartaglia of Glasgow, who will preside at the anniversary events, said:

“The Bishops of Scotland intend to celebrate this anniversary both as an event of great joy for the Catholic community in Scotland and as a moment of new hope for all Christians, for all believers and for all people of good will.

“Cardinal Murphy-O’Connor’s presence and participation as the Papal envoy will add even greater significance and will bring the Successor of Peter closer to us and to the people of Scotland.

“On a more personal note I have known Cardinal Murphy-O’Connor since I was a seminarian and young priest in Rome in the 1970s and it will give me great pleasure to welcome him to Glasgow.”