We need to keep a strong Just War tradition 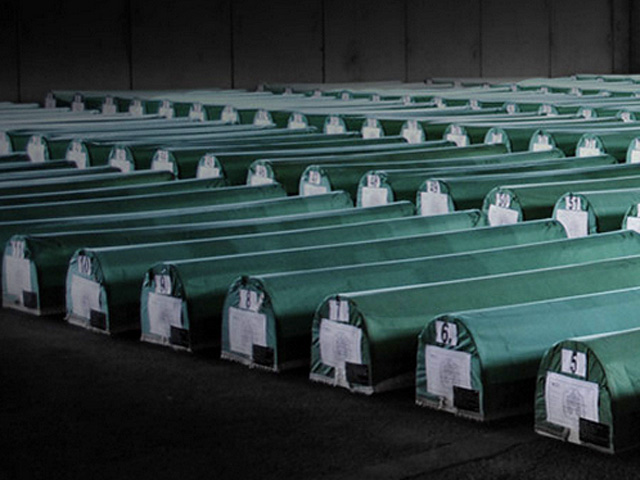 The following article was published in The Catholic Universe on Friday 5 August, in it Bishop Declan Lang explains why we need a strong Catholic Just War tradition.

Over recent weeks the publication of the Chilcot Report, the anniversary of Srebrenica, and the parliamentary vote on Trident have highlighted starkly the immense ethical complexity around national decisions on military action.

What grounds can ever justify entering into armed conflict with another state? At what point does the duty to save lives possibly outweigh the imperative for peace? What kind of force is it legitimate to use? These are all questions that our government and parliament are faced with in an increasingly volatile world.

From a Catholic perspective the Just War tradition is more important than ever. The strict conditions laid out in our Cathechism specify that military action can only be taken when an aggressor is inflicting grave and lasting damage which cannot be practically resolved by any other means. The intervening party must also have serious prospects of success and use force in a manner which does not result in an evil greater than that which is to be eliminated.

We are specifically required to take account of “the power of modern means of destruction” when considering whether force is proportionate. This is particularly relevant in today’s context: nuclear warheads for example cannot ever be used without knowingly killing civilians; yet other new technology such as advanced reconnaissance equipment can effectively reduce indiscriminate harm but also raise other ethical questions.

Of course, as Catholics we must strive to promote justice and peace and support peaceful solutions to the challenges facing our world. Democracy, human rights, respect for minorities and responsible use of natural resources are all fundamental underpinnings of a peaceful global society. We should dedicate our energies towards these and only ever view recourse to force as a final resort.

However, two decades on from the horrors that unfolded in Srebrenica and Rwanda we also need to acknowledge that the international community’s failure to intervene may allow the most acute evil to succeed. Faced with crises like the genocidal barbarity that Daesh has unleashed in Syria and Iraq, it is legitimate for states to undertake limited military intervention as part of wider diplomatic and humanitarian efforts to protect civilians.

The Just War tradition in its entirety goes beyond conditions for whether an armed conflict is legitimate; just as importantly it encompasses the manner in which it may be conducted morally. Protection of civilians, humane treatment of prisoners, and care for wounded fighters are all necessitated under the Catechism, which affirms that “the mere fact that war has regrettably broken out does not mean that everything becomes licit between the warring parties.”

Just War tradition has helped to inspire international agreements such as the Geneva Conventions which have mitigated inhumanity in warfare even during some of the worst conflicts, since crucially there is an obligation to respect these standards even when enemies do not.

While decisions are ultimately taken by governments, we all have a responsibility to hold our leaders to account. Scrutinising military action against the principles of a Just War and vocally opposing violations of the international legal frameworks that it has inspired are important roles for citizens in any democratic state.

So too should we actively support practical steps like nuclear disarmament, decommissioning landmines and cluster munitions, strengthening institutions like Red Cross and Red Crescent, rebuilding infrastructure and cultural monuments destroyed in conflict, and protecting those who have been driven from their homes.

We all want to see a world without war. However for as long as people resort to violence there will always be an intrinsic need for a strong Just War tradition. This should never undermine our efforts to make, protect and sustain peace at every opportunity; rather we must build upon these by ensuring that where conflict occurs as a matter of last resort, the fundamental objectives of justice and humanity are not lost.