Walking Together on the Way: Learning to Be the Church 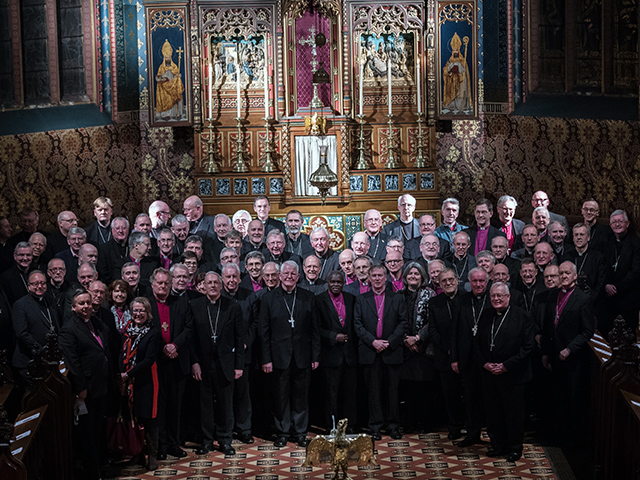 CBCEW » Christian Unity » » Walking Together on the Way: Learni...

After seven years of work, the first ‘Agreed Statement’ from ARCIC III, (The Anglican-Roman Catholic International Commission, Phase 3), Walking Together on the Way: Learning to Be the Church – Local, Regional, Universal, has been released and can be found here:Walking together on the way – ARCIC III

The distinctive method of ‘Receptive Ecumenism’ has helped make a substantive step forward for Anglican – Catholic formal ecumenism. The representatives of each Communion focus on respective felt difficulties within their own ecclesial cultures, processes, structures, and associated ecclesiologies, and ask how these difficulties might be helped by a process of receptive learning from the relative strengths in the theology and practice of the other Communion. As such, this Agreed Statement is in service of ecclesial reform within both the Anglican Communion and the Catholic Church, and at all three levels of local, regional, and universal/worldwide church life. It is an approach with strong resonance both with the Francis Pontificate and with the Archbishop Justin Welby premiership.

The document represents an important methodological shift for formal bilateral ecumenical dialogue more widely. For some time now, there has been a need to move beyond the mere clarification of historic misunderstandings and the identification of ready commonalities by focusing also both on the reality of long-term differences between separated traditions and on the difficulties which are experienced within such traditions. To this end, Walking Together on the Way shows that long-term differences between traditions can be approached as a positive resource across traditions: the members of one tradition can consider whether the other tradition’s differences can speak fruitfully to the difficulties they each experience within their own tradition. In this way, the paths of internal ecclesial reform, receptive ecumenical learning, and mutual ecumenical progress are properly seen as necessarily intertwined and mutually supportive.

Beyond its specific significance for Anglican – Catholic dialogue, Dean-Director of the CCS and Catholic Member of ARCIC III, Prof. Paul D. Murray, said: ‘The Anglican Diocese of Durham and the Catholic Diocese of Hexham and Newcastle were co-sponsoring core-partners in the first and second International Receptive Ecumenism Conferences in 2006 and 2009, and in the North East of England Regional Project in Receptive Ecumenism and the Local Church. It is work that was begun on the ground in these projects, in and with the local churches of the North East of England, that is now bearing fruit in this new phase of ARCIC work and new approach to formal, bilateral ecumenism.’

An Official Commentary on the document is available on the website of the Pontifical Council for Promoting Christian Unity, written by the Australian theologian, Orm Rush – see here.

More information about Receptive Ecumenism can be found here.