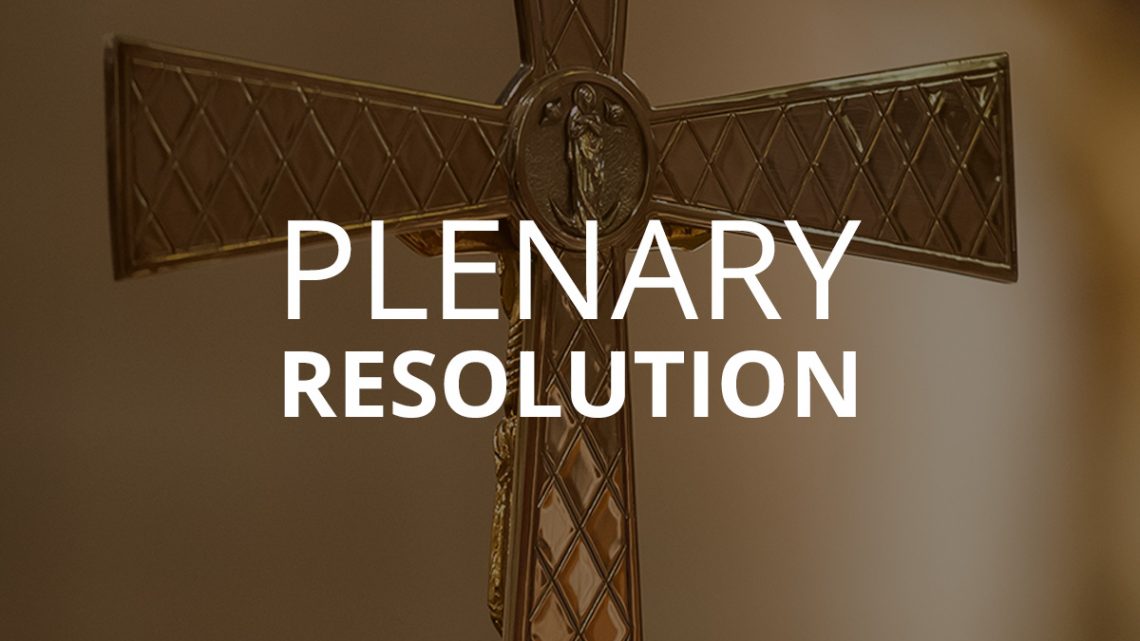 At the end of our meeting in Valladolid, we thank Baroness Sheila Hollins and her team for their leadership of our days of safeguarding training. We thank especially the people who spoke to us of their experiences as victims and survivors of sexual abuse within the Catholic Church.

We have been strengthened greatly by the prayers of so many, including seven Carmelite Monasteries, we thank them too.

These have been days which have touched every bishop very deeply. We have listened to the deep and lasting confusion, pain and despair, inflicted by the people who abused them. We have listened with horror to the ways in which precious gifts of our faith have been used to groom and dominate both children and vulnerable adults in crimes of abuse.

We humbly ask forgiveness of all who carry this pain, for our slowness and defensiveness and for our neglect of both preventative and restorative actions.

For us bishops, these days are a watershed.

Now we accept with renewed vigour the challenges that lie ahead. We welcome warmly the Motu Proprio “Vos estis lux mundi” which Pope Francis has issued today, the last day of our conference, and its new provisions and requirements.

Baroness Hollins, speaking on behalf of the training team, said that they had felt privileged to be part of the Church’s mission of healing and to witness such a ‘conversion of heart’.

The majority of the team were victims/ survivors of abuse in the Church, and together with the professional members, they helped the Bishops to learn to listen more deeply to people who have been hurt. ‘We wanted them to understand more clearly the importance of listening to and accompanying people who have been abused and those close to them, and to recognise the long term effects of abuse’.

A key part of the conference was to move from words to actions and to try to ensure the abuses of the past are never repeated, and that the Church becomes a safe place for all its members. A place where everyone belongs, and will always feel that they belong. It was a profoundly validating experience for all of us.

One survivor said: “I felt hugely encouraged by their sincere desire to bring about healing and their genuine sorrow at the harm inflicted by some of their brothers, on so many.”