Spectacular celebrations for the Golden Jubilee of Liverpool’s Metropolitan Cathedral 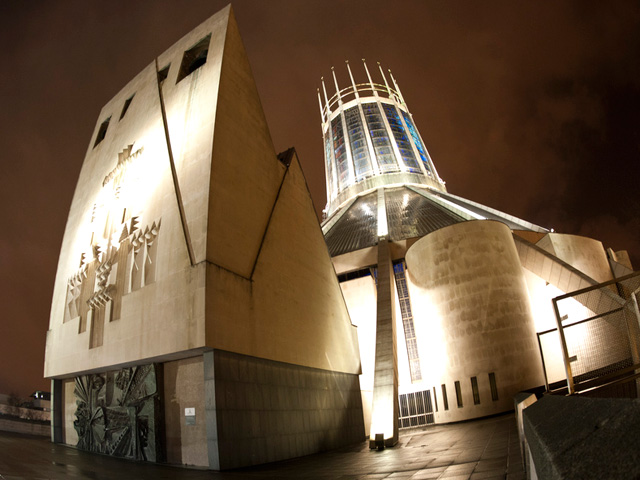 CBCEW » News and Media » » Spectacular celebrations for the Go...

Preparations are gathering pace for the celebrations for the Golden Jubilee of Liverpool’s Metropolitan Cathedral of Christ the King with over twenty events scheduled between May and November, many of them free to attend.

The grand weekend of celebration will take place from Friday 2 June to Monday 5 June and will begin with a spectacular Flower Festival which will see the Cathedral awash with colour and vibrancy as over 25 displays transform its iconic interior. The Festival will be officially opened by Mr Gerry Reid, the President of the National Association of Flower Arrangement Societies, at 10.00 am on Friday 2 June. Entrance is free to all and the event will run until Monday 5 June.

The Cathedral was consecrated on the Feast of Pentecost in 1967 and this year Archbishop Malcolm McMahon will celebrate the Solemn Mass of Pentecost at 11.00 am on Sunday 4 June in the presence of Cardinal Vincent Nichols who will preach. To celebrate the 50th anniversary former Master of the Music, Philip Duffy, has written a new responsorial Mass, the ‘Jubilee Mass’. 3.00 pm on the same day will see an ecumenical celebration with Merseyside’s Church Leaders, again Cardinal Vincent will preach. All are welcome to the Mass and Ecumenical service.

To celebrate the year, the Cathedral Choir will be releasing a specially commissioned album, featuring music associated with the Cathedral over the past 50 years.

In 1967 the Feast of Pentecost was celebrated on Sunday 14 May and this year on Saturday 13 May in the Cathedral the Bluecoat will present a performance of ‘The Liverpool Mass’ by Pierre Henry who is known worldwide for developing electronic music through ‘musique concrète’, a form of composition using electronically treated natural sounds. The Mass was originally commissioned for the consecration of the Cathedral in 1967 but was not completed and another work was substituted, so this will be the first time that the piece will be staged, with a brand-new sound design.

In 1967 Liverpool poet, Roger McGough, wrote a poem to mark the opening of the Cathedral in 1967, he’s now written a new work entitled ‘Golden Jubilee’, a companion piece to the original. The poem will be premiered on the Jubilee weekend.

For some months now a team of volunteers, specially formed by production company Metro-Boulot-Dodo, has been interviewing people and collecting their memories of the Cathedral. ‘Voices of the Metropolitan Cathedral’ will form an interactive listening trail along Hope Street telling the story of the Cathedral through the voices of those who know it best: the people of Liverpool. Listening pods will be placed in various locations including the Unity Theatre and the Everyman Theatre and anyone can listen along from Friday 19 May to Friday 30 June.
Friday 19 May will see Liverpool celebrating its famous Citywide ‘LightNight’. As a special commission artist Andy McKeown will unveil ‘Rotation 18269’, a large-scale light performance in collaboration with the Metropolitan Cathedral Choir, who will perform Thomas Tallis’ Lamentations alongside organ music by Jehan Alain and Arvo Part.

An official Celebration Concert will take place in the Cathedral on Saturday 10 June when the Royal Liverpool Philharmonic Orchestra will perform with leading tenor soloist, Ian Bostridge CBE and the Metropolitan Cathedral Choir as they present ‘Gloria’. The piece was written by Britain’s most high-profile living composer of religious music, Sir James MacMillan who will conduct this special performance.

A Choir of over 1,000 school children from throughout the Archdiocese will lead the music at a Golden Jubilee Good Shepherd Mass celebrated by Auxiliary Bishop, Tom Williams, on Thursday 15 June at 1.00 pm. The Mass is organised by Nugent, the social work service of the Archdiocese, and will give thanks for the fundraising efforts of schools and colleges who raise money throughout Lent to support the help which Nugent give to the most vulnerable.

An exhibition entitled ‘A New Cathedral, 1960’ will run from Monday 24 July to Sunday 3 September and will look at what might have been had Sir Frederick Gibberd’s design not been chosen for Liverpool’s Metropolitan Cathedral. The exhibition produced by Liverpool’s John Moores University will bring together for the first time a selection of the 299 entries from around the world which were submitted in one of the major architectural competitions of the post-war period. It will include newly commissioned physical models of key schemes. Archbishop John Carmel Heenan launched the competition in 1960 to produce a completely new building to seat 2,000, which would relate to the existing Lutyens Crypt and be capable of construction within five years.

Looking ahead, and in keeping with the architectural theme, Tate Liverpool will host an exhibition in tribute to the work of English artist John Piper (1903-1992) who designed much of the stained glass within the Cathedral including the famous Lantern Tower. This will run at the Tate from Friday 17 November 2017 to Sunday 18 March 2018.

Cathedral Dean, Canon Anthony O’Brien, says, ‘The programme is a celebration of the Cathedral’s fifty-year journey with events relating to the opening, others depicting key moments in our history and yet others a celebration of all that the Cathedral means to us today. The variety of events, exhibitions and services have been chosen in order to involve and attract as many people as possible to celebrate this Jubilee Year with us.’

Full details of all events celebrating the Golden Jubilee of the Metropolitan Cathedral can be found at: liverpoolmetrocathedral.org.uk 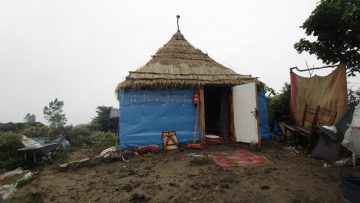 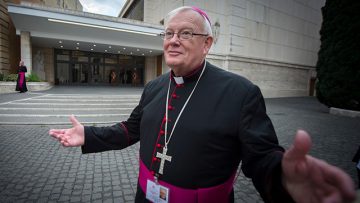 Intervention: Bishop has “learned the importance of listening to families” 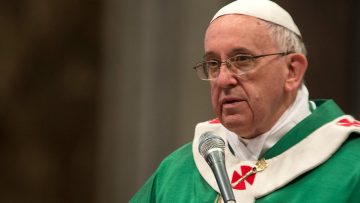 Pope Francis on clerical sexual abuse: Not one step back