Praying for the victims of London terror attacks one year on 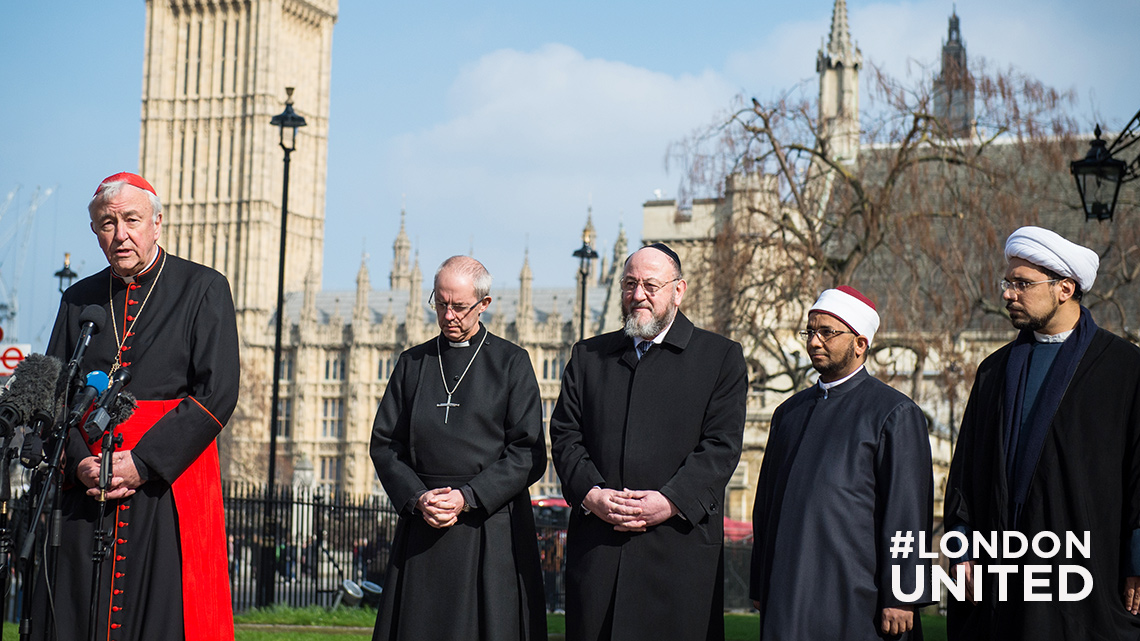 CBCEW » News and Media » » Praying for the victims of London t...

In 2017, 14 people were tragically killed in four terror attacks on the streets of London.

Five were killed a year ago today when Khalid Masood drove his car at pedestrians on Westminster Bridge before stabbing a police officer to death.

Today, 22 March 2018, events are taking place to remember those who died in the attacks.

A 3D installation centred on the hashtag #LondonUnited will be located at City Hall where the public will be able to pay their respects.

People will effectively be able to sign a ‘digital book of hope’ by using the #LondonUnited tag. The messages will then be projected onto a map of London that #LondonUnited will stand on.

This time a year ago, Cardinal Vincent Nichols prayed for the victims – including Aysha Frade, whose children attend a Catholic primary school in the capital.

“Let our voice be one of prayer, of compassionate solidarity, and of calm. All who believe in God, Creator and Father of every person, will echo this voice, for faith in God is not a problem to be solved, but a strength and a foundation on which depend.”

O God, author and lover of peace,
to know you is to live, to serve you is to reign;
defend against every attack those who cry to you,
so that we, who trust in your protection,
may not fear the weapons of any foe.
Through our Lord Jesus Christ.
Amen