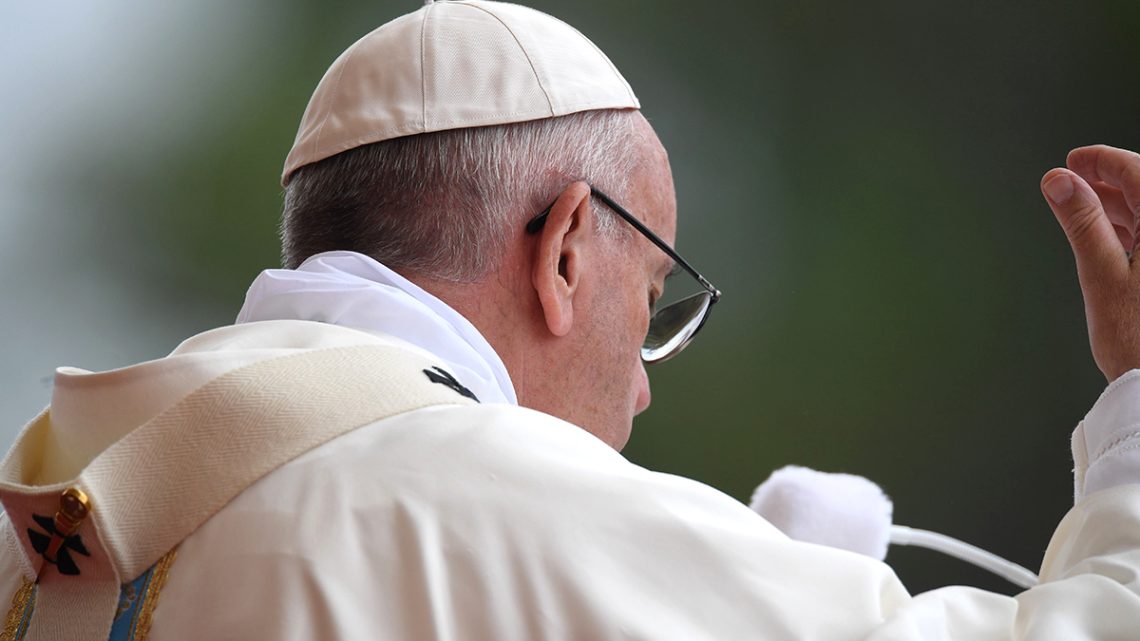 On 2 November 2021, Cardinal Pietro Parolin, the Secretary of State for the Holy See and head of the Vatican delegation in Glasgow, read out Pope Francis’ message to Alok Sharma, President of the COP26 UN Climate Summit.

To His Excellency The Right Honourable Alok Sharma President of COP26, the 26th Session of the Conference of Parties to the United Nations Framework Convention on Climate Change.

As the Glasgow Conference begins, all of us are aware that it has the vital task of demonstrating to the entire international community whether there really exists a political will to devote – with honesty, responsibility and courage – greater human, financial and technological resources to mitigating the negative effects of climate change and assisting the poorer and more vulnerable nations most affected by it.[1]

At the same time, we realise that this task has to be undertaken in the midst of a pandemic that for almost two years has devastated our human family. Covid-19 has brought immense tragedies in its wake, but it has also taught us that, if we are to succeed in overcoming the pandemic, there is no alternative: all of us must play a part in responding to this challenge. And that, as we know, calls for profound solidarity and fraternal cooperation between the world’s peoples.

Our post-pandemic world will necessarily be different from what it was before the pandemic. It is that world which we must now build, together, starting from the recognition of past mistakes.

Something similar could be said of our efforts to tackle the global problem of climate change. There is no alternative. We can achieve the goals set by the Paris Agreement only if we act in a coordinated and responsible way. Those goals are ambitious, and they can no longer be deferred. Today it is up to you to take the necessary decisions.

COP26 can and must offer an effective contribution to the conscientious construction of a future in which daily actions and economic and financial investments can genuinely protect the conditions that ensure a dignified and humane life for the men and women of today and tomorrow, on a “healthy” planet.

We find ourselves facing an epochal change, a cultural challenge that calls for commitment on the part of all, particularly those countries possessed of greater means. These countries need to take a leading role in the areas of climate finance, decarbonization in the economic system and in people’s lives, the promotion of a circular economy, providing support to more vulnerable countries working to adapt to the impact of climate change and to respond to the loss and damage it has caused.

For its part, the Holy See, as I stated to the High Level Virtual Climate Ambition Summit of 12 December 2020, has adopted a strategy of net-zero emissions operating on two levels:

1) the commitment of Vatican City State to achieve this goal by 2050; and

2) the commitment of the Holy See to promote education in integral ecology.

We fully realise that political, technical and operational measures need to be linked to an educational process that, especially among young people, can promote new lifestyles and favour a cultural model of development and of sustainability centred on fraternity and on the covenant between human beings and the natural environment. These commitments have given rise to thousands of initiatives worldwide.

Along these same lines, on 4 October last, I joined a number of religious leaders and scientists in signing a Joint Appeal in view of COP26. On that occasion, we listened to the voices of representatives of many faiths and spiritual traditions, many cultures and scientific fields. Very different voices, with very different sensitivities. Yet what clearly emerged was a remarkable convergence on the urgent need for a change of direction, a decisive resolve to pass from the “throwaway culture” prevalent in our societies to a “culture of care” for our common home and its inhabitants, now and in the future.

The wounds inflicted on our human family by the Covid-19 pandemic and the phenomenon of climate change are comparable to those resulting from a global conflict. Today, as in the aftermath of the Second World War, the international community as a whole needs to set as a priority the implementation of collegial, solidary and farsighted actions.

We need both hope and courage. Humanity possesses the wherewithal to effect this change, which calls for a genuine conversion, individual as well as communitarian, and a decisive will to set out on this path. It will entail the transition towards a more integral and integrating model of development, based on solidarity and on responsibility. A transition that must also take into serious consideration the effects it will have on the world of labour.

Especial care must likewise be shown for the most vulnerable peoples, in whose regard there is a growing “ecological debt” related to commercial imbalances with environmental repercussions and to the disproportionate use of the natural resources of one’s own and of other countries.[2] There is no denying this.

The “ecological debt” raises in some ways the issue of foreign debt, the burden of which often hinders the development of peoples.[3]

The post-pandemic world can and must restart from a consideration of all these aspects, along with the setting in place of carefully negotiated procedures for forgiving foreign debt, linked to a more sustainable and just economic restructuring aimed at meeting the climate emergency. “The developed countries ought to help pay the ecological debt by significantly limiting their consumption of non-renewable energy and by assisting poorer countries to support policies and programmes of sustainable development”.[4] A development in which, at last, everyone can participate.

Sadly, we must acknowledge how far we remain from achieving the goals set for tackling climate change. We need to be honest: this cannot continue! Even as we were preparing for COP26, it became increasingly clear that there is no time to waste. All too many of our brothers and sisters are suffering from this climate crisis. The lives of countless people, particularly those who are most vulnerable, have experienced its increasingly frequent and devastating effects. At the same time, we have come to realize that it also involves a crisis of children’s rights and that, in the near future, environmental migrants will be more numerous than refugees from war and conflicts. Now is the time to act, urgently, courageously and responsibly. Not least, to prepare a future in which our human family will be in a position to care for itself and for the natural environment.

The young, who in recent years have strongly urged us to act, will only inherit the planet we choose to leave to them, based on the concrete choices we make today. Now is the moment for decisions that can provide them with reasons for hope and trust in the future.

I had hoped to be with you in person, but that was not possible. I accompany you, however, with my prayers as you take these important decisions.