Pope urges “elimination of prejudices and presuppositions” in approach to migration 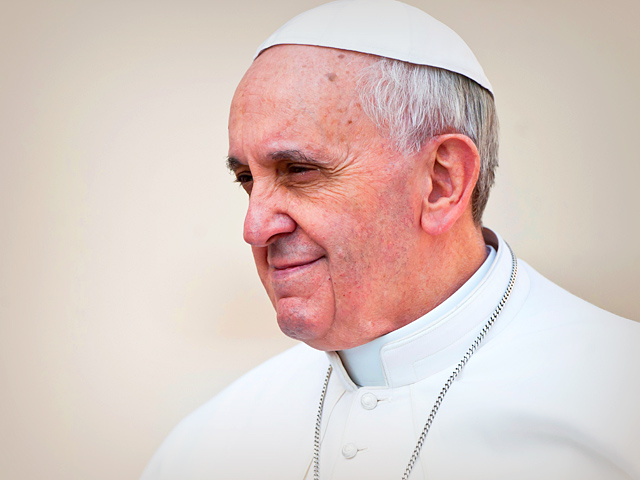 Pope Francis has urged society to look beyond negative stereotypes to adopt a more inclusive attitude towards migrants and refugees.

In his message for next year’s World Day of Migrants and Refugees, 19 January, the Holy Father emphasizes that “each country needs to create better economic and social conditions at home, so that emigration will not be the only option left for those who seek peace, justice, security and full respect of their human dignity. The creation of opportunities for employment in the local economies will also avoid the separation of families and ensure that individuals and groups enjoy conditions of stability and serenity.”

Pope Francis underlines the responsibility that lies with the world’s media outlets to counter stereotypes and offer accurate and responsible reporting of migration issues:

“The communications media have a role of great responsibility in this regard: it is up to them, in fact, to break down stereotypes and to offer correct information in reporting the errors of a few as well as the honesty, rectitude and goodness of the majority. A change of attitude towards migrants and refugees is needed on the part of everyone, moving away from attitudes of defensiveness and fear, indifference and marginalization – all typical of a throwaway culture – towards attitudes based on a culture of encounter, the only culture capable of building a better, more just and fraternal world. The communications media are themselves called to embrace this “conversion of attitudes” and to promote this change in the way migrants and refugees are treated.”

The Holy Father also reminds us of the humanity and dignity of those who either chose to leave their homelands to improve their circumstances or are forced to for survival:

“Migrants and refugees are not pawns on the chessboard of humanity. They are children, women and men who leave or who are forced to leave their homes for various reasons, who share a legitimate desire for knowing and having, but above all for being more. The sheer number of people migrating from one continent to another, or shifting places within their own countries and geographical areas, is striking. Contemporary movements of migration represent the largest movement of individuals, if not of peoples, in history. As the Church accompanies migrants and refugees on their journey, she seeks to understand the causes of migration, but she also works to overcome its negative effects, and to maximize its positive influence on the communities of origin, transit and destination.”

The World Day of Migrants and Refugees falls on 19 January 2014.

You can download the full text of Pope Francis’ message for the World Day of Migrants and Refugees using the link in the top right-hand corner of this page.

cbcew.org.uk/migration
The Bishops’ Conference website has a section on migrants and refugees.