Pope: Help families forced to flee their homelands because of violence and persecution 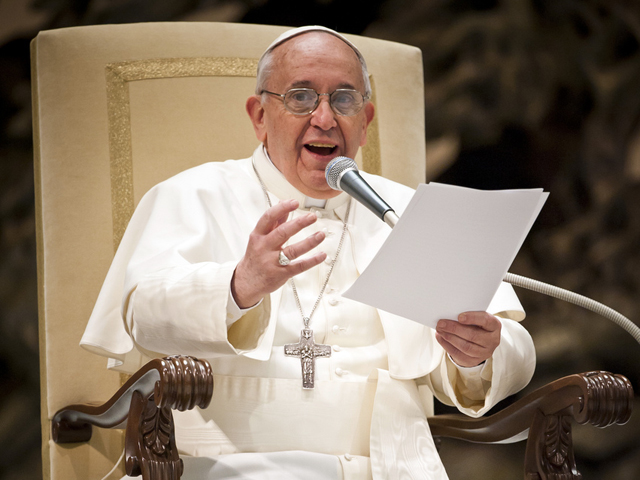 Pope Francis has made an impassioned appeal for people and institutions around the world to come to the aid of the countless families forced to flee their homelands because of violence and persecution.

“This year [on World Refugee Day] we are invited to give special consideration to the situation of refugee families, often forced to leave their home and their homeland quickly, to leave all they own and every security, to flee from violence, persecution or grave discrimination on religious, ethnic or political grounds.

“In addition to the dangers of the journey, often these families risk disintegration and, in the country that receives them, having to deal with cultures and societies that different from their own. We cannot be insensitive to the families and to all our brothers and sisters refugees: we are called to help them, opening up to understanding and hospitality. May people and institutions around the world never fail to assist them: their face, is the face of Christ!”

The initiative is being presented at the Gesù Church in the Italian capital as well as in New York and Beirut. The photos tell the story of refugees and asylum seekers from Syria and Congo forced to flee war, persecution and other human rights violations.

The Jesuit Refugee Service is giving food support to more than 100,000 people per month in the Middle East and North Africa region, mainly in Syria, but also in Jordan and Lebanon.

Syria and Congo are the “two most complicated situations at the moment in the world unfortunately,” says the International Director of JRS Peter Balleis SJ.

“In Syria with the President of the Jesuits and the local Churches we work together with a whole network reaching out with food, sustenance…but we do together not just with the Christian Churches but we do it together with Muslim a lot of volunteer people, so there is a term which goes beyond the compassion which is in all people and also is rooted in all the religions, so that is very important for us in Syria…”

Stressing the importance of education for Refugees Fr Balleis says it is only through education that generations of refugee children can have the opportunities offered to others; to rebuild futures, and to build communities of peace.

jrs.net
The official international website of the Jesuit Refugee Service