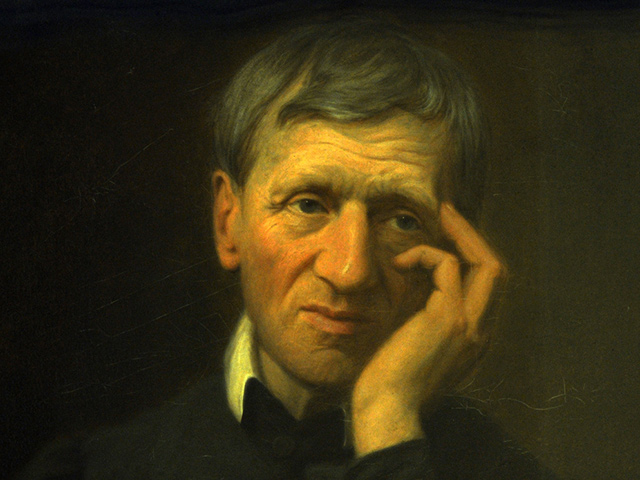 Pope Francis has sent a special message of support to the Auxiliary Bishop of Birmingham, the Right Reverend Robert Byrne, C.O, for the success of a ‘Day with Newman’ being held at the Birmingham Oratory on Saturday 11 October 2014.

The message which comes from the Secretariat of State reads:

“The Holy Father Pope Francis, on learning of the day of prayer, entitled a ‘Day with Newman’, due to take place on Saturday 11th October 2014 at the Birmingham Oratory, wishes to convey his good wishes and prayers for a successful and inspiring event.

“The Holy Father cordially imparts his Apostolic Blessing upon all those persons who are participating in this significant event and working in any way for the Canonisation of the Blessed John Henry Newman.”

The ‘Day with Newman’ begins with Solemn Mass in the Oratory Church at 12 noon. The celebrant and preacher is the first Oratorian bishop in England for 140 years, Bishop Robert Byrne, C.O.

The Mass will be followed by prayers for the canonization and veneration of the relic. There will also be a presentation and talk on ‘Why Newman Should Be Canonized’ and the day of prayer will conclude with Pontifical Solemn Benediction in the Oratory church.

Blessed John Henry Cardinal Newman was beatified by Pope Benedict XVI in Birmingham on 19 September 2010. Prayers continue that through Newman’s intercession in heaven, God will work a further miracle, and that he will then be officially numbered among the canonized saints.

thepapalvisit.org.uk/cardinal-newman
Cardinal Newman on the official website for the Papal Visit in 2010

flickr.com/catholicism
Photos of Cardinal Newman are available on our Flickr photostream