Pope Francis: No to divisions between Christians 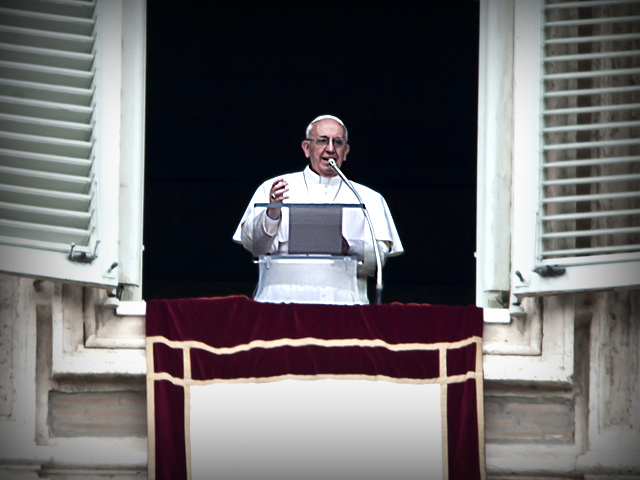 Following the celebration of Mass on Sunday morning with the 19 new Cardinals, Pope Francis greeted the crowds in St. Peter’s Square gathered for the Angelus prayer.

In his address to them he urged them to work for Christian unity avoiding all divisions, because he said: “a community does not belong to the preacher, but to Christ”.

Commenting on the second Reading of the Day, the Pope said that since the times described by St. Paul, Christians were divided according to whoever was leading their community.

But St Paul – Pope Francis said – explains that this way of thinking is wrong:“everything belongs to you Christ! Not to Paul, Apollos or Cephas; the world, life, death, the present and the future, everything is yours! For you belong to Christ, and Christ belongs to God!”

And the Pope said all Christian communities are born from this belonging: dioceses, parishes, associations, movements. And even although there may be differences – he added – through Baptism we all have the same dignity, we are children of God. Our dignity – the Pope said – is in Jesus Christ. And those who have received the ministry to guide, to preach, to administer the Sacraments, must not feel that they own special powers, that they are masters. “They must put themselves in the service of the community, helping it in its journey of holiness with joy”.

The Church – said Pope Francis –“ entrusts the witness of this pastoral lifestyle to the new Cardinals”:

“Yesterday’s Consistory and today’s Eucharistic Celebration have offered us a precious occasion to experience the Catholicity, the Universality of the Church which is well represented by the variegated origins of the members of the College of Cardinals, who are gathered in tight communion around the Successor of Peter”.

The Pope concluded his address with an appeal for prayers for the bishops, the cardinals and the Pope so that they may serve the People of God, because – he said – the vocation of a bishop, a cardinal, the Pope is to be a servant in the name of Christ.

catholicnews.org.uk/consistory-cardinal-nichols
Our full section on the February 2014 Consistory that saw +Vincent Nichols created a Cardinal by Pope Francis