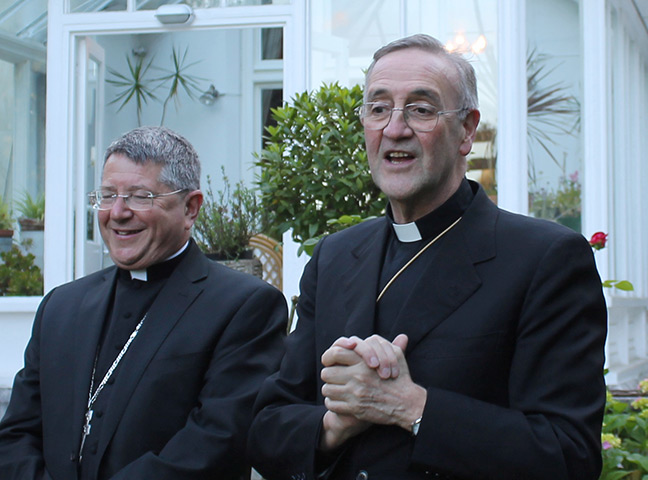 On behalf of The Personal Ordinariate of Our Lady of Walsingham.

The Ordinary of the Personal Ordinariate of Our Lady of Walsingham, Monsignor Keith Newton, has described the Ordinariate as a “great ecumenical gesture which demonstrates to Christians everywhere how wide the Catholic Church is prepared to open its arms to show that there can be unity with diversity”. He said it pointed to the possibilities of the future, when other Christian traditions might also enter the full communion of the Catholic Church, bringing aspects of their heritage and traditions with them.

Mgr Newton was speaking at a fund-raising summer reception (on 10 June) organised by the Friends of the Ordinariate charity in the garden of the Apostolic Nunciature in southwest London.

The Ordinary said that it may have taken ecumenists by surprise, but the Ordinariate was, in fact, an ecumenical initiative which expressed the vision held out in the Second Vatican Council Decree on Ecumenism. This taught that the one Church subsisted in the Catholic Church and that elements of it were to be found elsewhere, in other churches. “We experienced those elements in the Anglican Church and have brought them with us into full communion, so that this teaching is now expressed in a very tangible way”, Mgr Newton said. “We are very much, therefore, a fruit of the Council”.

The Ordinary went on to speak of the concept of “receptive ecumenism” which holds that the primary ecumenical responsibility is to ask, not: “what do other traditions first need to learn from us?” but “what do we need to learn from them?” This, too, he said, was a very important aspect of the Ordinariate because, for the first time, it was showing how that concept could be put into practice. “Ecumenists should be very excited about the Ordinariate” he said.

The Apostolic Nuncio to Great Britain, Archbishop Antonio Mennini, had earlier said in his address that the more he saw of the Ordinariate in practice, the more convinced he became of the wisdom and holiness of Pope Emeritus Benedict’s decision to establish it. “It shows the world just how wide and how large the Catholic Church can be”, he said. “And it can become larger still; larger than we can imagine and in this way, we can build up God’s kingdom”.

Archbishop Mennini recalled to the 40 or so guests in the Nunciature garden how Pope St John XXIII had addressed the people of Rome on the night of the opening day of the Second Vatican Council. He said that John XXIII had noted the bright moon in the sky that evening and had said: “Even the moon has come out to greet us!” The Archbishop said that, likewise, God had sent the sun to greet the guests at Friends’ Summer Reception – a sign, he said, “of God’s blessing” on the Ordinariate and those present.

Among the guests at the reception were Mother Winsome, Reverend Mother of the Sisters of the Blessed Virgin Mary which is the Ordinariate’s first monastery, the two Assistants to the Ordinary, Monsignor Andrew Burnham and Monsignor John Broadhurst (the former Anglican Bishops of Ebbfleet and Fulham respectively) as well as Catholic lawyers and academics. 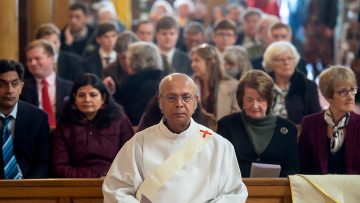