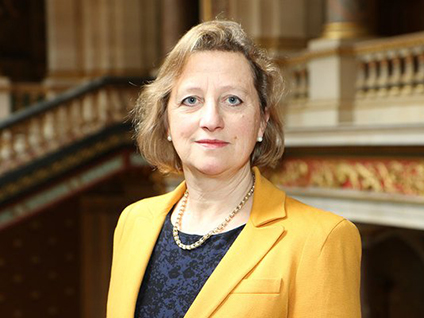 Mrs Sally Axworthy MBE has been appointed Her Majesty’s Ambassador to the Holy See in succession to Mr Nigel Baker OBE MVO, who will leave Rome in July 2016. Mrs Axworthy will take up her appointment during August 2016.

Mrs Axworthy joined the Foreign & Commonwealth Office in 1986 and has held a number of positions in London and overseas.

Her most recent appointment was in London as Joint Head, North Africa Department.

On her appointment, Mrs Axworthy said:

“I am honoured to be appointed Her Majesty’s Ambassador to the Holy See. I am looking forward to working with the Holy See on the range of global challenges that we collectively face”.

gov.uk/government/world/holy-see
The FCO’s page for the British Embassy to the Holy See