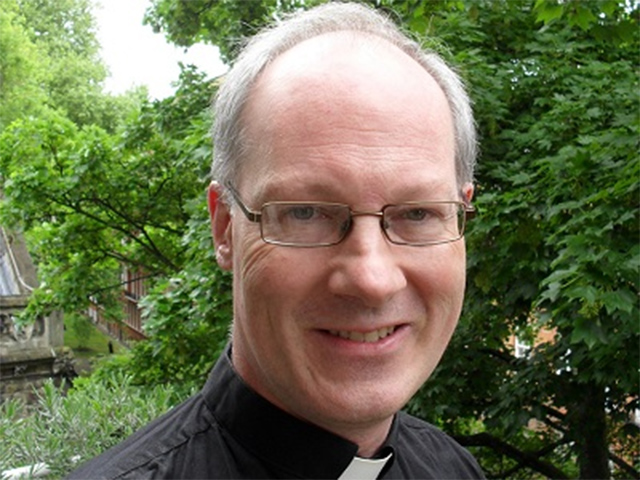 CBCEW » News and Media » » New Provincial Superior of the Brit...

Fr Howard was born in Redhill, Surrey, in 1967, and was educated at Trinity School in Croydon. He went on to read music and divinity at Trinity College, Cambridge, and then joined the Jesuit novitiate in Birmingham in 1990. After taking his first vows he studied for an MSc in the Philosophy of the Social Sciences at the London School of Economics, awarded in 1994. Two years working in the Jesuit European Office in Brussels followed. After theology studies at the Centre Sèvres in Paris he was ordained priest in Corpus Christi parish, Brixton Hill in 1999, staying on to work on the parish staff there for two years. In 2001 he went to St Aloysius College, Glasgow as Chaplain. In 2005 he did his final year of Jesuit formation (a programme known as the ‘tertianship’) in Chile. In 2006 he returned to Birmingham as Assistant to the Novice-Master, whilst pursuing doctoral studies at the University of Birmingham. He was awarded a PhD in contemporary Islamic thought in 2010 and his thesis was later published as Being Human in Islam: the impact of the evolutionary world-view. Since 2010 he has been teaching theology and Christian-Muslim relations at Heythrop College, University of London. In 2016 Fr Howard was a delegate to the 36th General Congregation of the Society of Jesus in Rome.

On hearing the news of his appointment, Fr Howard commented: “I am both deeply touched by this act of trust and daunted by the challenge. But I know I can count on the prayers and support of the Jesuits in Britain and of our many friends. Filled with confidence in God and aware of the urgency of the mission entrusted to the Society by the Church, I am thankful, too, to my predecessor, Fr Dermot Preston, for his cheerful and wise leadership over the last six years.”

The Provincial Superior normally serves for a six-year term. However, there are currently moves to re-organise the ways in which the Society of Jesus is administered in Western Europe, so Fr Howard may not be in post for a full six-year term.