Middle East without Christians “unthinkable” but what can the Church do? 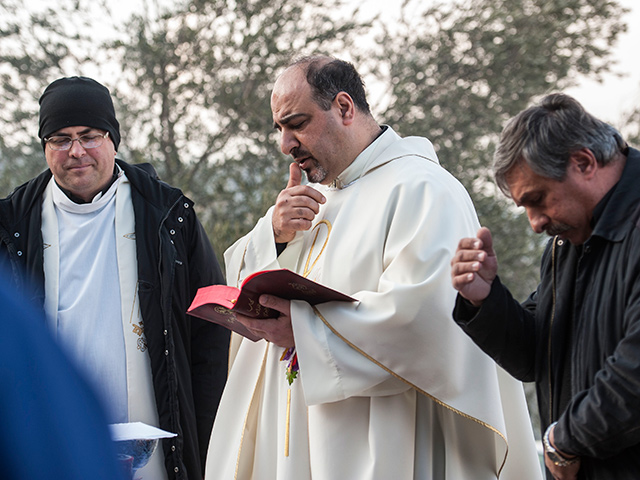 Pope Francis convened a Consistory of Cardinals on Monday, 20 October, in the Vatican, originally to proceed with the causes of candidates for beatification but the agenda was swiftly modified to include discussion of the ongoing crisis in the Middle East.

In remarks to the gathered Cardinals at the morning session of the gathering, the Holy Father focused on the need for constant prayer and effective advocacy in favor of peace, and for specific attention to the plight of Christians there.

Describing the notion of a Middle East region devoid of Christians as literally “unthinkable”, Pope Francis went on to mention Iraq and Syria as two countries in which Christians – who have made their homes there since Apostolic times – are facing unprecedented threats.

“We cannot resign ourselves to thinking about the Middle East without Christians, who for two thousand years have confessed the name of Jesus [there].”

“Recent events,” the Pope continued, “especially in Iraq and Syria, are very worrying. We are witnessing a phenomenon of terrorism of previously unimaginable dimensions. Many of our brothers and sisters are being persecuted and have [been constrained] leave their homes in a brutal way.”

Saying that the situation appears to be one in which people no longer appreciate the value of human life, Pope Francis decried the spirit of indifference that seems to dominate, making the sacrifice of the human person to other interests a matter of course.

“This unfair situation,” he said, “requires an adequate response by the international community, as well as and in addition to our constant prayer.”

Dr Harry Hagopian, the Bishops’ consultant on the Middle East North Africa region today reflected on the Pope’s words and offered his thoughts.

“There have been Christians in the region for 2,000 years and it’s not really the number [of Christians] that matters but the quality of the witness itself.

“It’s not only the Christians that are having a hard time of it. Look at Iraq. There are 13 smaller communities. They’re all going through a very difficult time.

“The Church has to lead on building relations with all communities because the role of the Church is bridge-building and reconciling. The Church can take the moral ground and can speak out in a way that is politically incorrect – something that diplomats and politicians cannot do.

“Ours is not to be very careful with every verb and every noun. Ours is to be transitive with justice and true to faith.”