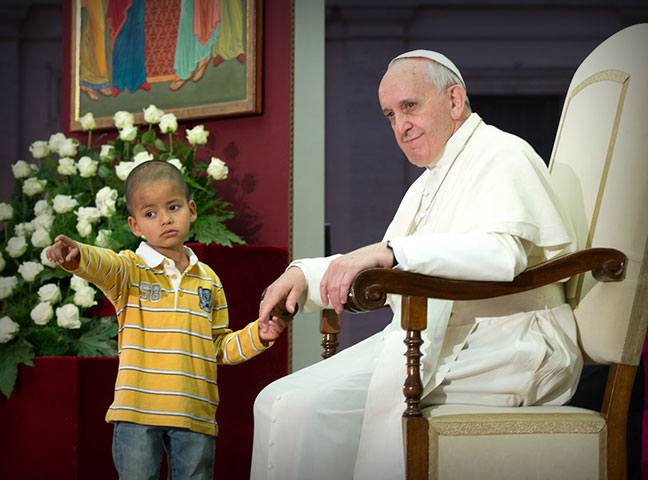 The Vatican has issued Pope Francis’ Message for the 49th”
World Day of Social Communications, the only worldwide celebration called for by the Second Vatican Council (Inter mirifica, 1963). The theme of this year’s message: “Communicating the Family – a Privileged Place of Encounter with the Gift of Love.”

The World Day of Social Communications is celebrated in almost all countries on the Sunday before Pentecost. The announcement comes on the eve of 24 January, the feast of St. Francis de Sales, patron of journalists, and the day on which the message traditionally is released.

This year’s message calls on the faithful to see families as “a resource rather than as a problem for society” and invites families to be examples of Christ’s love, kindness and fellowship.

“In a world where people often curse, use foul language, speak badly of others, sow discord and poison our human environment by gossip, the family can teach us to understand communication as a blessing,” the Pope writes. “In situations apparently dominated by hatred and violence, where families are separated by stone walls or the no less impenetrable walls of prejudice and resentment, where there seem to be good reasons for saying “enough is enough”, it is only by blessing rather than cursing, by visiting rather than repelling, and by accepting rather than fighting, that we can break the spiral of evil, show that goodness is always possible, and educate our children to fellowship.”

You can download the full text of Pope Francis’ message for the 49th”
World Communications Day by using the link in the top right-hand corner of this page.