Mass for Inauguration of Petrine Ministry of Francis – Tuesday, 19 March 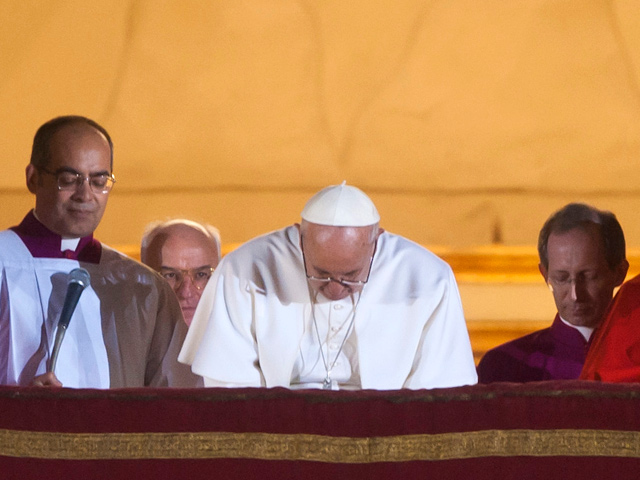 All times in this report are GMT (UK)

A man who cooks for himself, takes public transport rather than using cars and who is a simple pastor.

This is the portrait of Pope Francis I painted by a fellow Jesuit Fr Federico Lombardi, Director of the Holy See’s Press Office, in the immediate aftermath of the announcement that “Padre Jorge” – as he was known in Buenos Aires among his faithful – had been elected Pope.

In an impromptu Press Briefing, Fr Lombardi noted that this first Jesuit Pope, in true Ignatian Spirit, is a first of all a servant of the Church.

Moreover he said, Jesuits “have an international vision, to serve wherever they are needed”.

He also admitted his personal shock to have a Jesuit Pope:

“Jesuits think of themselves servants, not authorities in the church”.

One of Pope Francis’ first acts was to phone Benedict XVI, Pope emeritus.

Fr Lombardi confirmed that the Mass for the inauguration of the Petrine Ministry will be held on Tuesday, 19 March, the Feast of St Joseph, at 8:30am.

He also confirmed that the Mass for the closure of Conclave will be at 4pm Thursday in the Sistine Chapel.

On Friday, at 10am, there will be an audience with the College of Cardinals in the Clementine Hall.

Then, on Saturday at 10am Pope Francis will have an audience with all journalists and media covering conclave – an announcement greeted with a round of applause in the briefing hall. And finally on Sunday Pope Francis will recite Angelus at noon.

Thursday, 14 March, Pope Francis will make a private visit to a sanctuary of Our Lady, but details will be released only when this visit is over.