Is there a path to peace in Syria?

CBCEW » Middle East North Africa » » Is there a path to peace in Syria?

Bishops’ consultant on the Middle East, Dr Harry Hagopian examines whether Syria is in the ‘last chance saloon’ in the search for peace as United Nations Envoy Kofi Annan’s six-point plan is tested to its limits.

Despite a ceasefire announced on 12 April, there are reports of hundreds of deaths since this deadline and many analysts, Dr Hagopian included, see the UN mission as the last chance for a political solution. The UN security council has approved up to 300 unarmed observers to help maintain peace.

“I believe the Kofi Annan plan represents the last chance saloon for Syria. There have been so many attempts, so many resolutions, so many meetings in order to try to find a solution to the Syrian problem.

“On the one hand people want to get rid of the regime but on the other hand, they are not sure what to replace it with because there’s no clarity with the opposition. There are so many intertwined dynamics in Syria – not just in the country itself but in the region.”

“What worries me is not only the number of lives that have been lost; it’s not the chaos in the country – the warzones of the north west, in Homs, Idlib and Dara’a. That in itself is frightening. What is equally frightening is that as we go forward without any sign of getting this situation at least contained if not resolved, the closer we get to all-out civil war.”

“We are already seeing the opposition defending themselves against attacks by an army that is so well-armed that it is turning into a bloodier and more armed confrontation – that worries me enormously for Syria and its neighbours.”

To listen to Dr Harry Hagopian’s analysis, use the player in the top-right corner of this page. You can also download the MP3 using the link below the player. 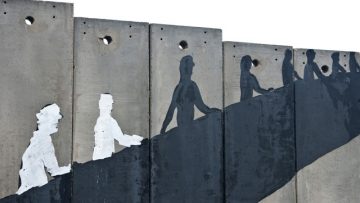 Can Syria stop its disintegration? 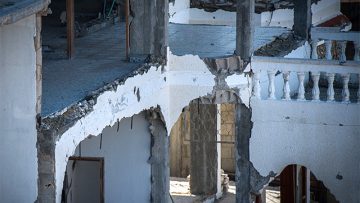 Syria: a Morton’s fork between peace and appeasement?