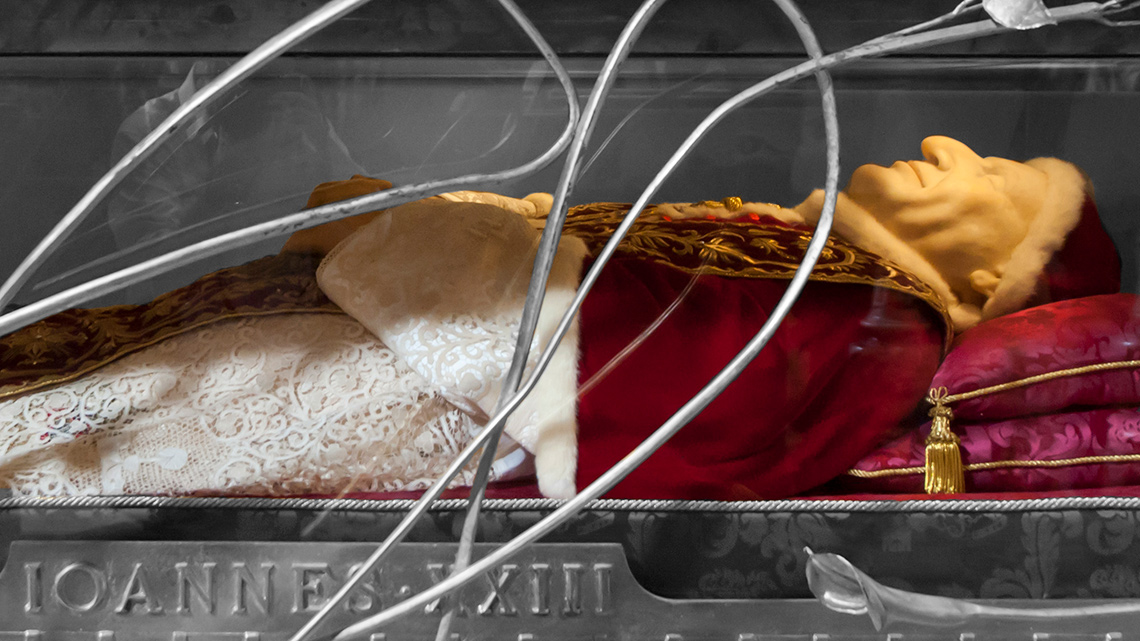 The procedure following the death of a Pope was revised by the Vatican in February 1996. The document (Universi Dominici Gregis, “The shepherd of the Lord’s whole flock”) replaced the previous instruction of 1975 from Pope Paul VI. In February 2013, the norms were amended slightly by Benedict XVI’s final Motu Proprio Normas nonnullas.

The norms regulating the election of a successor have always been the remit of the Pope partly because of the need to take into account the “changing needs of the historical moment” and partly because the office of the Pope was divinely created. “The Shepherd of the Lord’s whole flock is the Bishop of the Church of Rome, where the Blessed Apostle Peter, by sovereign disposition of divine Providence, offered to Christ the supreme witness of martyrdom by the shedding of his blood.”

On the death of the Pope

The Chamberlain (Camerlengo) of the Holy Roman Church ascertains the Pope’s death in the presence of the Papal Master of Ceremonies and a number of other members of the Papal Household.

He notifies the Cardinal Vicar for Rome who in turn notifies the people of Rome. The Chamberlain seals the Pope’s apartments and begins to make arrangements for the burial. It is the Dean’s responsibility to inform all the cardinals, the Diplomatic Corps and heads of state.

Photographs or film of the Pope either on his sickbed or after death are not permitted.

If the deceased Pope has made a will and has named an executor, that executor will give an account of his activities only to the new Pope.

Nine days of official mourning are declared and burial takes place between the fourth and sixth day after death (except for special reasons).

Popes are usually buried in St. Peter’s Basilica, where the body will have lain in state for people to pay their respects. 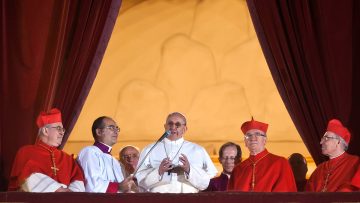 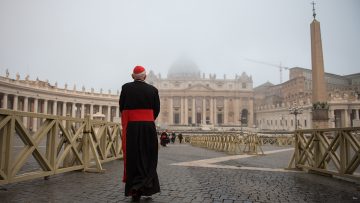 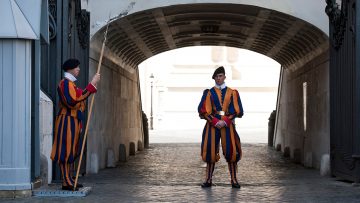 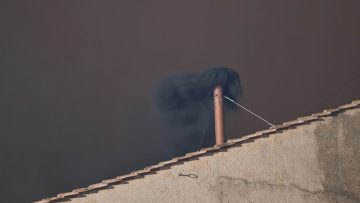