In 2015, the Holy See released a document on Catholic-Jewish relations to mark the fiftieth anniversary of the Second Vatican Council document on interreligious dialogue Nostra aetate. 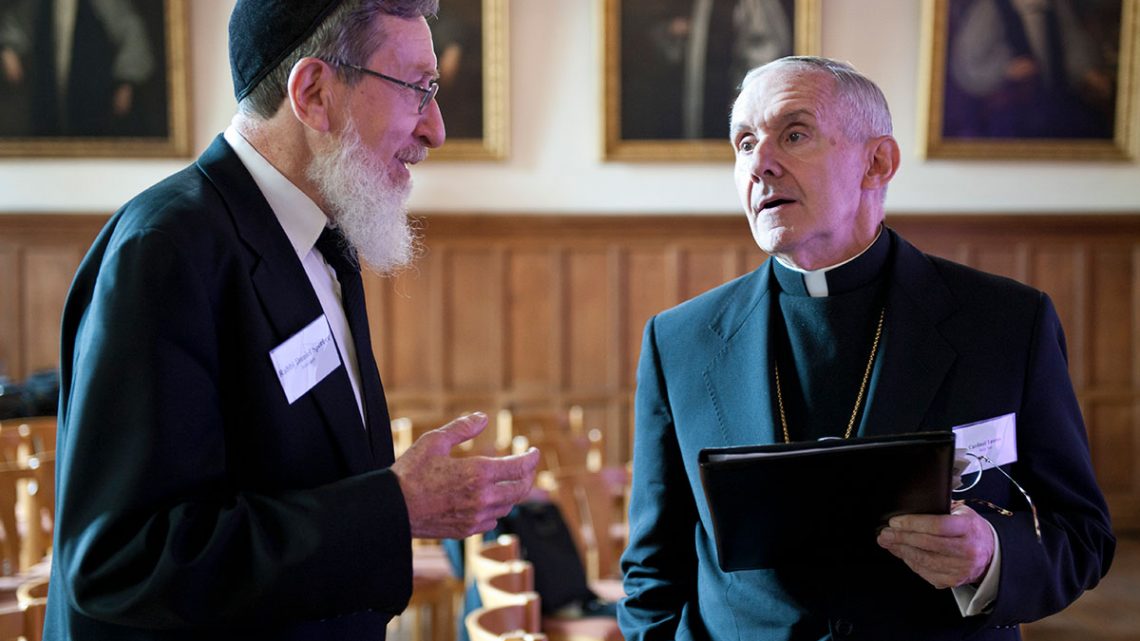 In 2015, the Holy See released a document on Catholic-Jewish relations to mark the fiftieth anniversary of the Second Vatican Council document on interreligious dialogue Nostra aetate.

Archbishop Kevin McDonald, Chair of the Committee for Catholic-Jewish Relations, has commented on the document:

The Holy See’s Commission for Religious Relations with the Jews has today published a document to mark the 50th anniversary of Nostra aetate and its title is significant. It is a quotation from Chapter 11 of St Paul’s Letter to the Romans which takes us to the heart of relations between Christians and Jews and in doing so takes us to the heart of the mystery of the Church.

Since the publication of Nostra aetate, 50 years ago, the Commission has published a number of documents that have sought to explore, clarify and implement its teaching. The Commission is housed in the Pontifical Council for Promoting Christian Unity and the document explains the reason for this arrangement, namely that “ the separation between Synagogue and Church may be viewed as the first and most far-reaching breach among the chosen people” (3). These words set the tone for the whole document which is really a sustained reflection on the relationship between the two – “Christians and Jews are irrevocably interdependent, and the dialogue between the two is not a matter of choice but of duty as far as theology is concerned”.(13) It is our relationship with Judaism that grounds us in the history of salvation and without it Christianity would be a form of gnosticism.(13)

The point is made that it took several centuries for Christianity and Judaism to take on the profile of two distinct religions and the subsequent relationship became a deeply troubled one. It was not until the publication of Nostra aetate 50 years ago that the Church created a framework for a new relationship when it definitively rejected the idea that Christianity superseded or replaced Judaism. The dialogue with the Jews therefore is not really an “interreligious” dialogue: “one could, however speak of a kind of ‘intra-religious’ or ’intra-familial’ dialogue.”(20)

The document compares very interestingly the significance of Christ in Christianity with the place of the Torah in Judaism. It goes on the explore the fundamental issue or dilemma in Christian – Jewish relations – a dilemma that is written into the New Testament itself. It states that the Church is “the definitive and unsurpassable locus of the salvific action of God” but quickly follows that up by saying that this ”does not mean that Israel as the people of God has been repudiated or lost its mission (cf Nostra aetate,4)” (32). That kind of balance and nuance characterises the document as a whole.

The document does not shirk the difficult questions that lie at the heart of Christian-Jewish relations in particular that fact that Jews are participants in God’s salvation without confessing Christ explicitly. This ”is and remains an unfathomable divine mystery” (37)

On the question of the Church’s mission to evangelise it says that ”the Catholic Church neither conducts nor supports any specific institutional mission work directed towards the Jews” but affirms that “ Christians are called to bear witness to their faith in Jesus Christ also to Jews , although they should do so in a humble and sensitive manner, acknowledging that Jews are bearers of God’s Word, and particularly in view of the great tragedy of the Shoah “(40)

The document puts the dialogue in a wider context when it says that when it comes to addressing with the great crises that afflict our world today religions should not be part of the problem but part of the solution – “Only when religions engage in a successful dialogue with one another, and in that way contribute to world peace, can this be realised also on the social and political levels” (46). 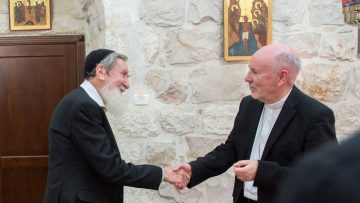 Promoting a Deeper Understanding between Christians and Jews 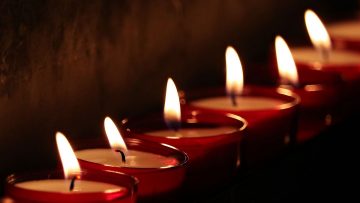 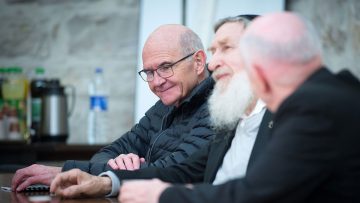 Resources to help facilitate dialogue and goodwill between Christians and Jews. 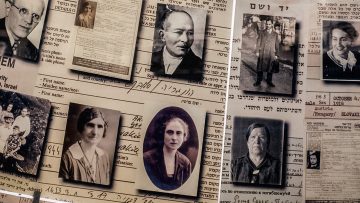 Miriam Lorie spoke to us about Judaism from a personal perspective.