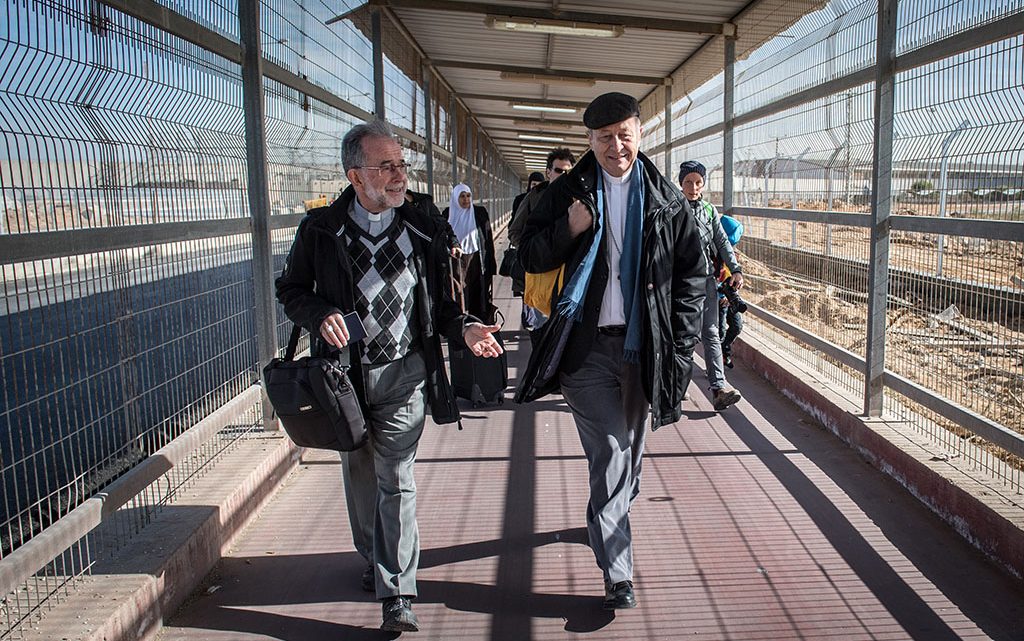 The Bishops’ annual visit to Holy Land, 14-19 January, promoted dialogue and the building of bridges on the 50th anniversary of occupation.

Based in Bethlehem, the focus of the Holy Land Co-ordination (HLC 2017) was 50 years of occupation with visits to East Jerusalem and other parts of Palestine. The delegation examined in depth the current situation in the dialogue between Israelis and Palestinians, visiting initiatives aimed at promoting dialogue and mutual respect, such as the Tent of Nations.

In addition to prayer and daily celebration of Mass with the various Catholic parishes in the Bethlehem district, there were meetings with the local bishops of the Holy Land, staff and students of Bethlehem University and Catholic charitable bodies. There were also meetings with political and diplomatic experts.

The annual meeting of the Holy Land Co-ordination began on Saturday 14 January, the eve of the World Day of Migrants and Refugees, with a day devoted to the situation of Christian migrants and refugees in Israel.

On the Saturday morning in Jaffa, the group of European, North American and South African bishops, who since the 1990s have been making an annual visit to support the Christian communities in the Holy Land, celebrated the traditional “Mass of the Peoples” animated by the various national communities present in Israel. The bishops then visited the pastoral centre for migrants in Tel Aviv.

To mark the Week of Prayer for Christian Unity, the afternoon of Wednesday 18 January was entirely devoted to ecumenical dialogue with a meeting of local Christian leaders in the Holy Land, and Evensong in the Anglican Cathedral of St George in Jerusalem.

The HLC 2017 was preceded by a two-day visit  to the small Christian community of Gaza. This took place from 12-13 January.

The following bishops participated in the Holy Land Co-ordination: