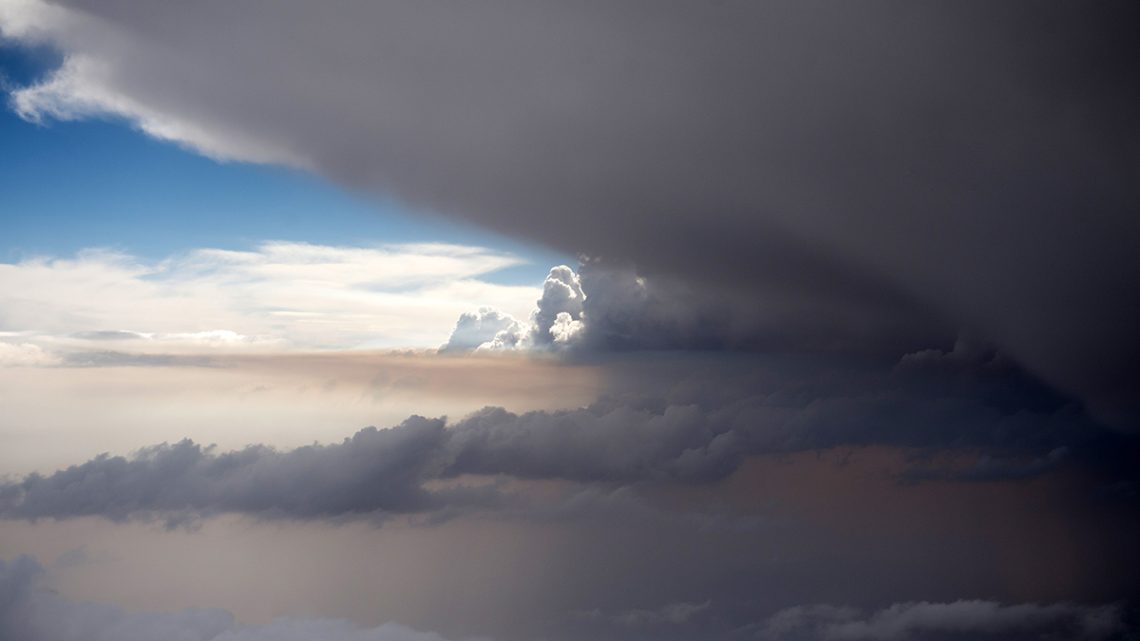 Guidance has been released for the Catholic Church in England and Wales on accounting methods for net zero carbon.

Net zero is the balance between the amount of greenhouse gas produced, gases like Carbon Dioxide and chlorofluorocarbons, and the amount removed from the atmosphere. You achieve net zero when the amount added is no more than the amount taken away.

‘Guidance on Catholic Diocesan Carbon Accounting’ presents a step-by-step guide, specifically for a Catholic diocese, and is the second in a series of planned documents from the ‘Guardians of Creation’ project.

It presents a method to set a baseline carbon footprint, to measure progress, and provides guidance on setting ‘net-zero’ targets.

Having already piloted this process, the Diocese of Salford is estimated to be responsible for the equivalent of 15 hot air balloons of carbon dioxide a day through the operational use of its buildings alone. [1]

It is now working on a decarbonisation pathway.

Catholic dioceses contain churches, schools, religious communities and associated offices and properties which collectively have a large carbon footprint. By providing a method to calculate this footprint, a diocese will then be able to set out a plan to reduce it and to prioritise action.

Bishop John Arnold, Lead Bishop for the Environment at the Catholic Bishops’ Conference of England and Wales, said:

“It is encouraging that as COP26 gets underway we can show that we are taking the challenge of reducing our carbon footprint seriously with the release of this guidance. We know that the situation is urgent, and that we all have a responsibility to reduce the impact of climate change on the most vulnerable. I’m pleased that this is one of many initiatives being taken forward by the Catholic Church in this area, and I certainly feel like we are making some progress.”

Over the past year the dioceses of Plymouth, Westminster and Birmingham have announced their carbon ambitions for 2030. Brentwood and Salford dioceses have both recently released guiding documents for their environmental efforts, and The Journey to 2030, a project run by Catholic laity, has also launched a new website to help parish communities respond to the ecological crisis.

“Over the past year we have been working closely with Inter Diocesan Fuel Management [2] and the Tyndall Centre at The University of Manchester [3] to understand what emissions a diocese should be reporting on, and by how much and how quickly we can reduce our carbon footprint.

“Having been through the process ourselves we hope this guidance will make the experience much more straightforward for other dioceses at this critical time. The Diocese of Salford is keen to work on our next steps, developing a decarbonisation plan for the Diocese of Salford.”

The methodology is intended to be applicable to any diocese but offers especially detailed guidance for dioceses in the UK. Roland Daw, Senior Lecturer in Strategy and Entrepreneurship at St Mary’s University and lead author on the report, said:

“Although one can see general strategic direction on decarbonisation coming from the top in the Catholic Church, the actual planning and implementation of decarbonisation is managed in the mid-range organisations of the Church – the dioceses.

“This means that if you want to help the Church decarbonise as a whole, you actually need to design an approach that works in all its parts. We’ve built some flexibility into this method, but there should also be enough commonality for the dioceses to talk to each other.”

On 4 October 2021, Pope Francis with nearly 40 other faith leaders presented Alok Sharma, President-Designate of COP26, with a joint appeal calling on the international community to raise their ambition ahead of COP26.

“Future generations will never forgive us if we squander this precious opportunity. We have inherited a garden: we must not leave a desert to our children.”

The appeal committed signatories to greater commitment themselves, including “supporting actions to reduce carbon emission” and making “bold plans to achieve full sustainability in our buildings, land, vehicles and other properties.”

Some responses to the preceding Guidance on developing strategy for decarbonising Catholic diocesan building stocks paper and in anticipation of the Guidance on Catholic Diocesan Carbon Accounting paper.

“[The] initial document arrived at a time when we were considering our Diocesan response; in addition to divestment from companies trading in and producing fossil fuels, the Guardians of Creation work led us to begin a systematic, professionally-led review of all our building stock, with a view to understanding the most effective and significant routes to decarbonisation. Without the clarity, insight and detail of the Guardians of Creation document, we would not have been able to arrive at these conclusions, and nor would we have been able to begin to implement them. Their work is leading the Catholic Church nationally in helping us to implement Pope Francis’ call to action in Laudato Si’, ensuring our Care for our Common Home and living a faith-filled response to ‘the Cry of the Earth and the Cry of the Poor’. For all of this we are immensely grateful.”

“We have found the strategy document helpful in clarifying our own thinking about how to tackle an issue that can feel very overwhelming. We are looking forward to the Carbon accounting paper as we plan to use this as the basis for a one year project to establish a baseline for our Diocese on which we can build concrete actions and plans.”

Deborah Fisher, Caritas Manager at the Diocese of Plymouth.

“The Guardians of Creation project has proved to be of vital importance for the Church nationally as we focus on a response to Pope Francis encyclical ‘Laudato Si’ and the current climate crisis. Middlesbrough Diocese has recently created a new post of ‘Building and Environmental Surveyor’ and the Decarbonisation Strategy Document has proved to be a significant blue print for the way forward. It was sent to all the interviewees and will be one of the foundation documents for the new appointee.”

Barbara Hungin, Diocesan Environmental Lead for the Diocese of Middlesbrough.

The ‘Guardians of Creation’ project is an initiative of the Diocese of Salford in collaboration with St Mary’s University and the Laudato Si’ Research Institute, Campion Hall, Oxford. It is a collaborative project involving a wide variety of partners across the Catholic Church in England and Wales, designed to support all dioceses with a national framework of support for their decarbonisation journey. The first report, “Guidance on developing a strategy for decarbonising Catholic diocesan building stocks,” was released in June.

This month also saw the soft launch of ‘The Journey to 2030’ website, a partner project to the Guardians of Creation work which aims to help parish communities respond to the ecological crisis, and to support the Catholic Church progress in response to the cry of the earth and the poor, as outlined in “Laudato Si’.”

Laudato Si’ is the name of the 2015 papal encyclical (a Catholic Church teaching document from the Pope) from Pope Francis on care for our common home. It has been hugely influential within and outside of the church in setting the agenda for responding to the ecological crisis.

The Dioceses of Brentwood and Salford have also issued guiding documents for their environmental ambitions in recent weeks. Brentwood issued its Laudato Si’ Invitations, Commitments and Actions document, whilst Salford issued For the Beauty of the Earth. Both documents set out a vision for responding to the ecological crisis at a diocesan level, and invite parishioners to be involved.

On 4 October 2021, Pope Francis participated in the meeting Faith and science: towards COP26, promoted by the Embassies of Great Britain and Italy to the Holy See together with the Holy See, bringing together scientists and religious leaders from around the world. During the meeting an appeal was signed, addressed to participants of COP26. Pope Francis handed this appeal to Alok Sharma and Hon. Luigi Di Maio, Italian Minister of Foreign Affairs and International Cooperation.

[1] This was calculated where a hot air balloon is taken to have a capacity of 4.5 tons of CO2. This calculation currently only considers buildings and not any kind of travel or embodied carbon.

[2] Inter Diocesan Fuel Management Ltd is a company established in 1994 by Catholic dioceses in England and Wales, enabling dioceses to bulk purchase their renewable energy and take advantage of the better buying power of a large organisation.

[3] The Tyndall Centre has been providing valuable input to the project on carbon budgeting and setting science-based carbon targets.