Clifton priest Canon Christopher Whitehead gives a commentary on the lives of Saint Joachim and Saint Anne, Christ's grandparents, from the frescoes of Taddeo Gaddi painted in the Franciscan church of Santa Croce in the beautiful city of Florence in Italy.

Some years ago, we recorded a reflection on the lives of Saint Joachim and Saint Anne, the parents of Mary and, of course, grandparents of Jesus.

We did this in the Franciscan church of Santa Croce in the beautiful city of Florence in Italy.

Our focus falls on the Baroncelli family memorial. The artist Taddeo Gaddi painted a series of frescoes between 1328 and 1333 that depict the narrative of the lives of Saint Joachim and Saint Ann as well as scenes of the life of the Virgin Mary – from the Annunciation to the Nativity.

In the great city of Florence, we come to the Franciscan church of Santa Croce. And tucked away in a little side chapel is the Baroncelli family memorial. The frescoes were painted by Taddeo Gaddi around the year 1328. And they depict the life of Saint Joachim and Saint Anne, scenes of the life of the Virgin, and then scenes from the life of Christ.

We take our narrative from The Golden Legend written towards the end of the 13th century – a legend which fleshes out the story of Joachim and Anne, the grandparents of Jesus.

We find ourselves in the temple as Joachim has to face the shame of being almost thrown out of the temple, his offering not worthy because he and his wife Anne have no children. Joachim then retreats to the hills, to a little hermitage, and it’s there that the Angel of the Lord invites him to be responsive to that call.

He returns to Jerusalem, where he encounters Anne, his wife, at the Golden Gate. There they celebrate the birth of a daughter, Mary. Mary they offer to the Lord – Mary the fruit of God’s blessing.

On the wall surrounding the windows of the chapel, what Gaddi has done is to paint reflective scenes from the life of Christ. At the top, the Annunciation, the angel revealing the message to the Virgin at prayer that she is to be the mother of his son.

In her haste, she goes to the hill country of Judea to encounter her cousin Elizabeth, who herself is with child. This beautiful scene of the Annunciation to the Shepherds in the fields reveals God’s desire to bring that blessing of the Word made Flesh to the ears and the hearts of his own people.

And here we have the Nativity, the birth of the Christ child, in that very simple stable of Bethlehem. Joseph and Mary rejoicing in the birth of a son.

The Annunciation to the Magi, there the star that is revealed is the babe of Bethlehem surrounded in light, revealed to these men of the East who now come searching for that Word, for that wisdom, for that light. It’s a journey that takes them to that stable where they offer their gifts of gold, frankincense and myrrh to adore the God, to adore the king, to adore the one who would give himself freely in sacrifice.

So as we pray for grandparents, we pray Saint Joachim and Saint Anne, pray for us. 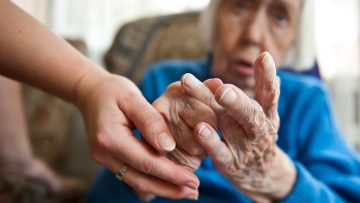 Donate to support this year’s Day for Life

Make a secure donation to support life from conception to natural end. 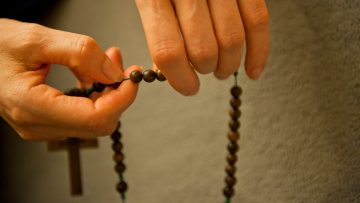 Prayers for the Elderly

Prayers for the elderly for Day for Life 2022. 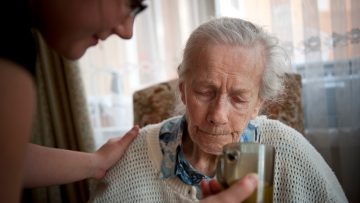 Bishop’s message for Day for Life 2022

We invite people to think again about the value and worth of older persons. 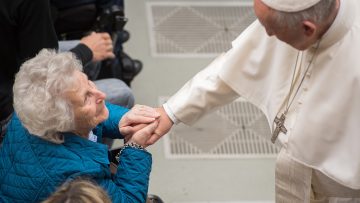 Pope offers offers support and prayers for Day for Life.