First Press Conference ahead of the Bishops Synod on the Family 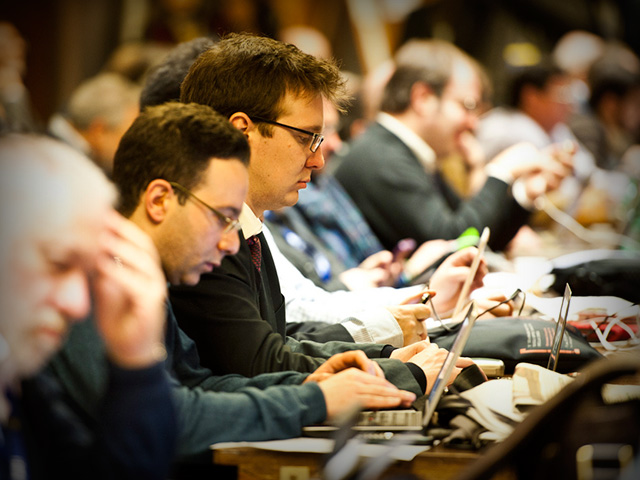 CBCEW » News and Media » » First Press Conference ahead of the...

A press conference was held today, 3 October, in Rome during which Cardinal Lorenzo Baldisseri, secretary general of the Synod of Bishops, outlined the structure of the Extraordinary General Assembly of the Synod of Bishops on the Family, to be inaugurated by the Pope during a solemn Mass in St Peter’s Basilica on Sunday.

The Cardinal explained that among the 191 Synod Fathers there will be 61 Cardinals, one Cardinal Patriarch, 7 Patriarchs, one major archbishop, 67 metropolitan archbishops, 47 bishops, one auxiliary bishop, 1 priest and 6 religious.

There will also be 16 experts, 38 auditors and 8 fraternal delegates. He also remarked that since this assembly will consider the theme of the family, special emphasis has been given to married couples, parents and family heads, a total of 12 people; there is also one married couple within the group of experts.

He went on to speak about the characteristics of the upcoming Synod, which show the Holy Father’s wish to “undertake an innovative and original Synodal path, structured in two phases: the current Extraordinary Assembly, on the theme ‘Pastoral challenges to the family in the context of evangelisation’, and next year’s Ordinary Assembly, which will take as its theme ‘The vocation and the mission of the family in the Church and in the contemporary world’”.

Cardinal Baldisseri noted that during the preparatory phase, “there resounded the voice of all of the People of God”, from bishops to lay faithful who were able to express their opinions through the questionnaire linked to the preparatory document distributed by the Episcopal Conferences.

“The large number of responses is due on the one hand to the theme of the Synod, which regards the life of the community, families and people and reflects the pastoral care that the bishops have always had in relation to the family. On the other hand, the breadth of the material that was submitted is without doubt an indication of the frankness and freeness with which the consultation was carried out. This broad-ranging freedom of expression will also characterise the Synod Assembly, which will certainly take place in an atmosphere of respect for every position, with mutual charity and with a genuinely constructive approach”.

He continued, “other new elements will affect the organisation of the work of the Synod, and therefore relate to the internal methodology of the Assembly. First, the Relatio ante disceptationem will include various novelties, and the Secretariat General asked the Synod fathers to transmit their contributions in advance, indicating the issue on which they intended to speak during the Assembly, respecting the order of themes. These texts were taken into consideration during the drafting of the Relatio ante disceptationem, which proved useful in organising the thematic agenda. In this way, the so-called Relatio becomes reference point which may be worked upon during the interventions in the Assembly”.

Secondly, during the debate in the Synod Hall, which will take place during the first week, beginning with the Second General Congregation, the thematic order established following the Instrumentum laboris will be followed.

Each general Congregation will open with the announcement of the theme by the president delegate, followed by an intervention by a married couple of Auditors, who will offer the Synod Fathers their testimony of family life, contributing to the enrichment of the debate on pastoral action.

Thirdly, during the “Relatio post disceptationem” issued at the end of the first week will provide the basis for the work of the second week by the so-called “small groups”, when the Fathers prepare the final document, the “Relatio Synodi”, to be submitted to the Holy Father.

“There will also be novelties regarding the means of communication”, continued Cardinal Baldisseri. “Each day there will be a Briefing in the Holy See Press Office, with the collaboration of the Press Secretaries and the participation of various Synod Fathers. The Press Office Bulletin will contain information regarding the day’s work. Furthermore, there will be a Twitter service to transmit brief summaries of the most important news in real time.

“The work of the Synod Fathers will be accompanied by the prayer of the people of God”, concluded Cardinal Baldisseri. In Rome, in the Salus Populi Romani chapel in the Basilica of St. Mary Major, a bishop or a cardinal will celebrate a Holy Mass for the family. The presence of the relics of the Blessed couple Zelie and Louis Martin, and their daughter St. Therese of the Child Jesus, are significant, as are those of the Blessed couple Luigi and Maria Beltrame Quattrocchi. Throughout the world, prayers will be offered in shrines, especially those dedicated to the Holy Family, in monasteries, in communities of consecrated life, in dioceses and in parishes”.