Faith can heal us, even in these desperate times 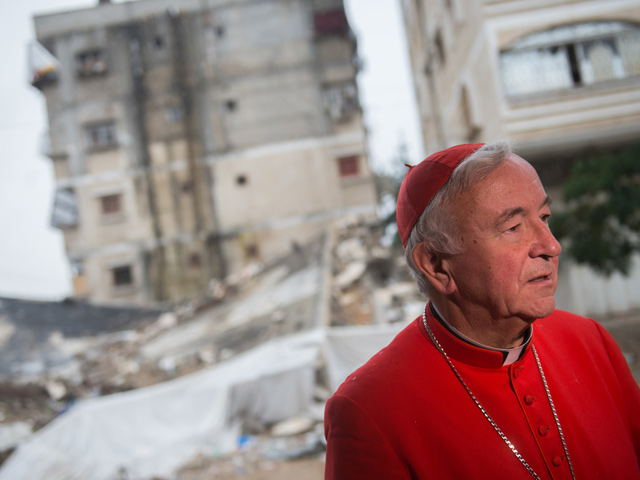 Cardinal » Cardinal Nichols » » Faith can heal us, even in these de...

This week, up and down the land, charities will be making generous provision for the poor and the forgotten. Such compassion is a hallmark of the Christmas season, alongside our desire to celebrate expansively – and, perhaps, very expensively. Sadly, many stories will remind us of the extreme poverty of the millions of refugees from Syria and elsewhere who have suffered a loss of life and hope.

Looking ahead to 2016, I hope and pray that world leaders will work harder than ever to bring the catastrophic conflict in Middle East – which threatens to wipe out Christianity across whole swathes of the region – to a swift and peaceful conclusion. Many Christian communities in the area are more than a thousand years old. And they are crying out for help.

In the coming days, I will be thinking especially of a Christian woman I met last April, in Erbil. She, like many thousands of others, had fled from the towns and villages of the plain of Nineveh to the safety of Iraqi Kurdistan. She invited me into her new home, a temporary cabin, sited along with hundreds of others in a camp on Church ground.

“This process of rebuilding – of houses, places of worship and infrastructure – will have to be a major priority when peace returns to these war-torn towns and villages.”

She was making the best of her “home”, where she lived with her family of five. Icons and holy pictures testified to the faith which strengthened her spirit.

She spoke to me of their flight from Mosul, remembering the tears she and her Muslim neighbour of many years shed together in the 30 minutes’ grace they had been given by the advancing thugs. And gravely, she told me that she worried about the fate of that Muslim family now living under the hammer of the so-called Islamic State of Iraq and the Levant (ISIL). She thought that she and her family were probably better off.

This is the inspiring compassion and greatness of heart that still emerges from these broken lands. Someone who had just returned from the region of Homs even told me that in the village of Qara – to which Christians have returned to find their churches destroyed by Isil – Christmas will now be celebrated in the local mosque. Later, in a show of reciprocated generosity, the birth of the Prophet Mohammed will be celebrated in the rebuilt church.

This process of rebuilding – of houses, places of worship and infrastructure – will have to be a major priority when peace returns to these war-torn towns and villages. The rule of law and trust between all communities must be rebuilt, too, to avoid further outbreaks of violence. Governments around the world must know that all this is a long-term commitment. At least the recent news from the UN, of a roadmap towards some kind of political transition, offers grounds for hope.

Tragically, accounts of human suffering abound at this time. But with them comes evidence of the healing role played by people of faith. On November 14, after the horrific attacks and killings in Paris, many turned to prayer, gathering in the cathedral of Notre Dame, which became a focal point for those needing support.

This coming Friday, Christians across the world celebrate a more joyous event: the birth of Jesus of Nazareth, the one who is God’s love made man. Pope Francis, in proclaiming a Jubilee Year of Mercy for 2016, asks us to see in Jesus the true face of God’s mercy. This is an important perspective – for not only is mercy much needed in our world; it is also a key attribute of God in all of the three great religions.

This is why Jesus comes to us not in a palace or in a motorcade, but in a stable. He sets himself above nobody. He is in reach of every person. We do not have to climb a great staircase to meet Him. Rather, we have to climb down that He may lift us up. We cannot receive His gift of mercy if our hands are clenched in a fist or our hearts filled with our own importance.

As a society we strive to offer respect to all people, but often forget that such respect is due because of the God-given dignity of every human being. We rejoice in our compassion and generosity – but we fail to remember that they are rooted in the imperatives of God, just as is our administration of justice. Our tolerance and readiness to make space for each other has its roots in the command to forgive those who may offend us.

All of these lessons and gifts are contained in that “great little one” lying in the manger. Who else could inspire such a prayer as this, spoken last week by a Syrian woman in London: “Let us pray for our brothers and sisters in Syria and Iraq, whose blood has been shed by terrorist groups, simply for having faith in Jesus Christ. We urge the Lord to accept their innocent blood as a sacrifice for peace and harmony between the nations. We ask that God forgives their killers and enlightens their minds. Lord in your mercy, hear our prayer.”

This is the true heart of the Christmas gift which we so surely need. 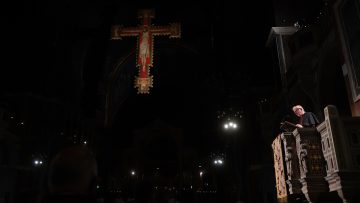