Catholic Church reiterates support for the Living Wage in schools 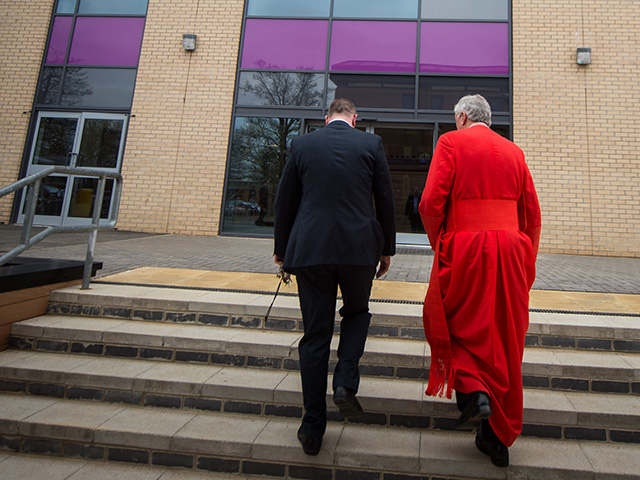 The President of the Catholic Bishops’ Conference of England and Wales, Cardinal Vincent Nichols, has reiterated his support for the Living Wage.

At a local level many Catholic parishes, schools and charities were involved in the original design and development of the London Living Wage through the community organising group London Citizens.

For Cardinal Nichols and the Bishops of England and Wales, the payment of the Living Wage recognises that fair wages are essential to the common good of our society.

He said: “For more than 100 years the Catholic Church has championed the cause of a just wage so that employees can meet the needs of their families.

“It’s encouraging to see that this has now become a national movement with real momentum behind it. In accordance with Catholic Social Teaching, and as part of its mission to support the poor and vulnerable, the Bishops fully endorse the principle of the Living Wage. As a Church we have given a commitment to work towards implementing the Living Wage for all who work with us. This week I reiterate that commitment.

“A just wage is the basis for creating a fair economic system. We now look to the wider business community, public sector and the Government to play their part in securing a just wage for the lowest paid in our society.”

UNISON General Secretary Dave Prentis said: “This is a huge development for the thousands of school staff who have been struggling to make ends meet and a major step towards achieving fair pay in the country.

“The Catholic Church, alongside UNISON and community groups, is the force behind this movement. The bishops are showing real leadership by encouraging businesses and other organisations to follow suit.”

She said: “Paying the Living Wage shows that we value our staff, and that includes everyone, from the teachers to the support staff to the cleaners.

“The Living Wage has also given job security to many of our support staff, some of whom had to work two jobs prior to being employed by us.

“Paying the Living Wage means we keep people and our staff turn-over is low. Not only is this good for school moral, but also it teaches our young people how ethical employers should behave.