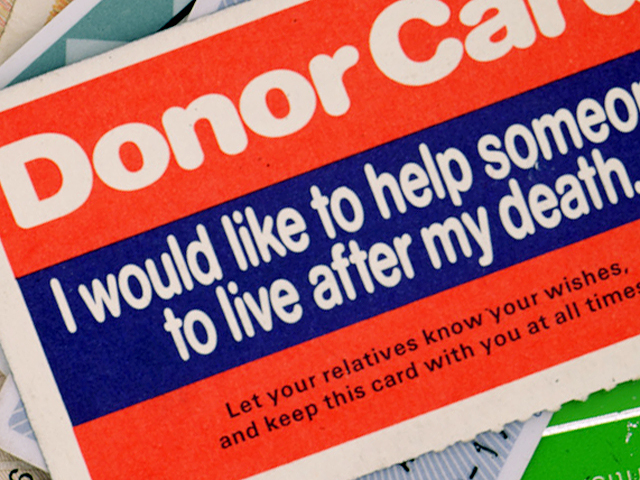 CBCEW » News and Media » » Catholic Church in England and Wale...

Archbishop Peter Smith, speaking as Chair of the Department of Christian Responsibility and Citizenship, announced that the Catholic Bishops’ Conference of England and Wales has agreed to support the ‘flesh and blood’ campaign. This is a campaign to mobilise Christians to recognise blood and organ donation as acts of Christian generosity.

“In the words of Pope John Paul II, ‘We should rejoice that medicine, in its service of life, has found in organ transplantation a new way of serving the human family.’ The Catholic Church is clear that, in itself it is a good and meritorious thing freely to donate our organs after we are dead. Even while we are alive, actions such as giving blood can be a powerful expression of human solidarity and of Christian charity. Such actions can help build a culture of life, a culture in which life is cherished. For this reason I welcome initiatives such as flesh and blood which encourages people to think of serving others in this way, as a form of Christian charity.”

At the same time, Archbishop Smith drew attention to the publication of a major report of the ethics of organ donation. The report is the work of an international group of clinicians, philosophers, and theologians, convened by the Anscombe Bioethics Centre, Oxford. The report aims to set out the ethical requirements which must be met if transplant medicine is to achieve its true end, and merit the support of Catholics and, more generally, of men and women of good will.

“Catholics, and men and women of good will, to examine the ethical issues that surround organ transplantation carefully so they come to an informed choice. As Pope John Paul said, ‘The human “authenticity” of such a decisive gesture requires that individuals be properly informed about the processes involved, in order to be in a position to consent or decline in a free and conscientious manner.’ As a source for reflection on these issues I would recommend the report produced by the Anscombe Bioethics Centre.”

fleshandblood.org
More about the Flesh and Blood Campaign

bioethics.org.uk
The Anscombe Centre is a Roman Catholic academic institute that engages with the moral questions arising in clinical practice and biomedical research.