Cardinal Cormac’s Thought For The Day 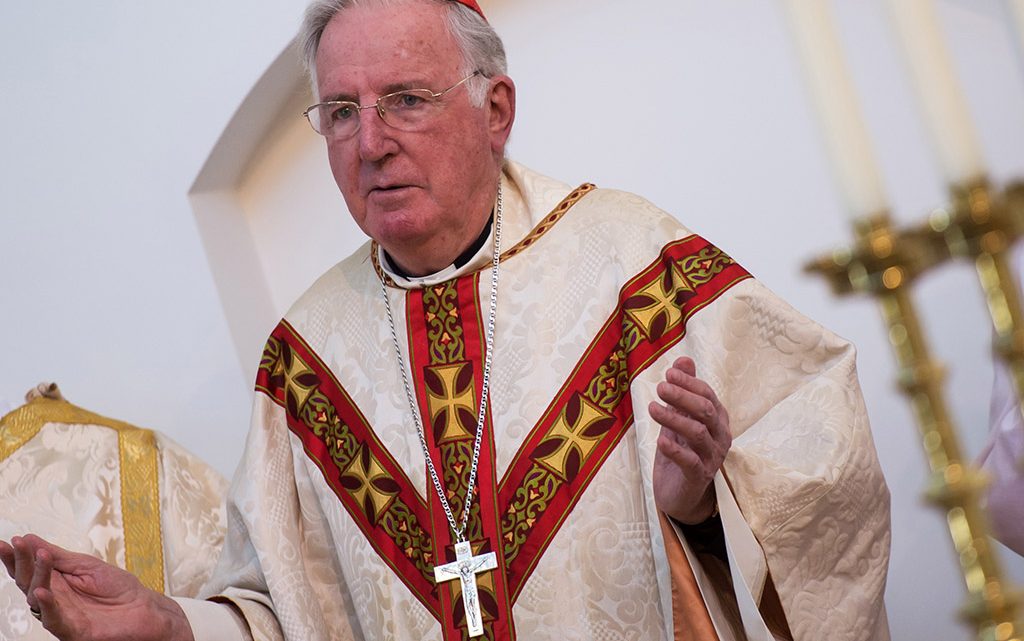 Under a week after the Holy Father’s BBC Radio 4 Today programme debut, Cardinal Cormac Murphy-O’Connor has offered his ‘Thought For The Day’.

The Cardinal reflects on the gift of music – how it lifts our spirits in the bleakest of times. He also recalls encouraging a group of English-speaking Cardinals and Bishops to sing in the presence of Karol Wojtyla – the future Pope John Paul II.

“Music, for most of us, is a very precious part of our existence. I play the piano and I remember, as a boy during the War, going to Reading Town Hall for lunchtime piano recitals given by Solomon, Myra Hess and others. Those great artists performed concerts all over the country to lift our spirits in bleak times. That is what music, whether vocal or instrumental, does – it lifts our spirits. How could one forget those English and German soldiers on that Christmas Day in 1914 ceasing to fight and instead singing together, Stille Nacht, Silent Night, Holy Night.

“I remember a certain Cardinal Wojtyla – later to become Pope John Paul II – inviting all the English-speaking Cardinals and Bishops who were in Rome for a meeting to come to the Polish Centre for a reception. I was there too and after about half an hour mixing around I suddenly heard from the far corner of the room a rich baritone voice singing a Polish song. It was, of course, Cardinal Wojtyla and all the other Polish Archbishops enthusiastically joined in. I suggested that we English-speaking Prelates might also sing. However, it was very difficult to find a song common to Americans, English, Irish, Indian and Australians. Eventually, we managed to sing, very badly, The Rose of Tralee. I could see the future Pope John Paul was not very impressed and anxious to get on to sing another Polish song – which he did!

“Music, of course, has an indispensable part to play in religion – no wonder the Monks in the Dark Ages composed beautiful chants to accompany the psalms. They knew, as we should, that words alone cannot express our prayer and praise of God. St. Augustine said, “When you sing well you pray twice”. The greatest composers found extraordinary inspiration in their religious works: Bach’s Mass in B Minor, Mozart’s Requiem, Handel’s Messiah and, for me, very special, Elgar’s and Newman’s Dream of Gerontius, which I wouldn’t mind hearing whenever it’s time for me to pass out of this world to the glories of the life to come.

“Few words better express the relationship between this world and the next, than the language of John Donne:

Since I am coming to that Holy room
Where, with thy Quire of Saints for evermore
I shall be made Thy music; as I come
I tune the instrument here at the door,
And what I must do then, think here before.

“So it’s time for you and me to tune the instrument, which is our life here on earth, and sing a new song as the New Year begins. Yes, we sing. But does our life sing the same tune as our lips? So live a good life, remembering that you are the singer – you are the song.”