Cardinal calls for better understanding of the causes of crime 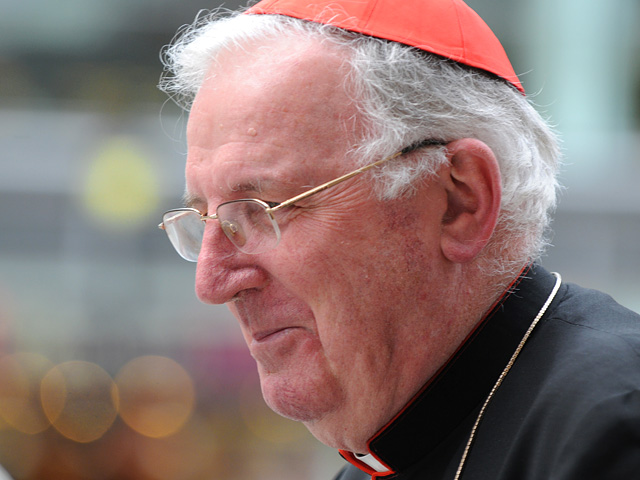 In the annual ‘Sir Harold Hood Memorial’ lecture, delivered this year by Cardinal Cormac Murphy-O’Connor at Allen Hall seminary in Chelsea, the Cardinal asked whether we should try and ‘better understand why people commit crime.’ He suspects ‘that better understanding would lead to less punishment and a clearer connection between Criminal Justice and Social policy.’

Quoting some key statistics about the prison population:

‘39% of children in custody have been on the child protection register or have experienced neglect or abuse. 71% have been involved with, or in the care of Social Services prior to imprisonment.

Over half the women in prison have suffered domestic violence; over 30% have been sexually abused.

50% of the men and women in prison ran away from home as children.’

The Cardinal said that ‘we need to restore an emphasis on rehabilitation and reform, rather than punishment’.

He added: ‘Sometimes, good things happen in prison. Sometimes prisoners take the few opportunities that exist, to address the issues behind their offending behaviour and are able to move forward positively in their lives.’

Drawing particular attention to the work of the ‘Basic Caring Communities’, the Cardinal concluded the lecture by focusing on this rehabilitation and reform – ‘all the statistics available indicate that people leaving prison, who receive support and encouragement from others, on the outside, are more likely to break the cycle of reoffending.’ He commended the ‘Basic Caring Communities’ scheme to all Catholic parishes as ‘an excellent way of fulfilling the Lord’s words “Whatever you do to the least of these, you do to me”.’

The late Sir Harold Hood was formerly Vice-President of Pact.  He was a remarkable man who inspired and helped many people during his life through his faith, wisdom and encouragement.  His dedication to our charity’s work, and his personal concern for the welfare of prisoners and their families, was outstanding.  Infused with this concern, the work of Pact continues to grow and flourish.  This year marks the seventh anniversary of Sir Harold’s death.

Pact is a national charity which currently works inside 20 prisons, has staff placed with several local authorities, and volunteers working to support families and prisoners on release. Pact works with offenders, ex-offenders, and their children and families, focusing on relationships, mentoring and befriending support, and safeguarding and supporting children and vulnerable adults.

BaCC is a project of Pact which supports ex-offenders in the early days and months following release, drawing on the support of small groups of volunteers from local church communities. At present it is based at HMPs Wandsworth, Brixton, Bristol and Forest Banks. You can find out more on the BaCC section of the Pact website: prisonadvice.org.uk/bacc.”

39% of children in custody have been on the child protection register or have experienced neglect or abuse.  (Jacobson J. et al (2010) Punishing Disadvantage: a profile of children in custody, London: Prison Reform Trust). 71% have been involved with, or in the care of Social Services prior to imprisonment. (Youth Justice Board, Accommodation needs and experiences, 2007, as cited in Legal Action, February 2008).