Bishops of England and Wales call for prayers for Syria 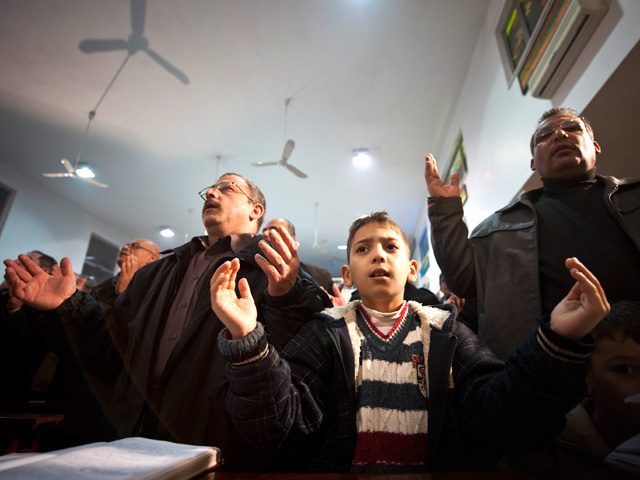 Archbishop Vincent Nichols, president of the Bishops’ Conference of England and Wales, and Bishop Declan Lang, chair of the international affairs committee for the Conference, today called on all Catholics to offer prayers, and to offer practical support wherever possible, for all those affected by the conflict in Syria.

In the statement the Bishops said:

“Please pray for those involved in humanitarian aid, that access will be granted so that help can reach those most in need. Please pray for political leaders and their advisors, that the postponed Geneva 2 summit on Syria will take place very soon.

“The urgent challenge facing the parties will be in creating conditions for a ceasefire and eventually a settlement that respects the dignity, fundamental freedoms and rights of all Syrians.

“The suffering that Syrians endure is growing not only through violence but also the economic hardships faced by increasing numbers in that country. The summer heat will bring further extreme hardship to those living in refugee camps. Please support practically those people exiled or internally displaced by contributing to the relief effort and the work of organisations such as Missio, Cafod and Aid to the Church in Need.”

Mass will be offered for the Syrian community and all those suffering the effects of the civil war in Syria this Friday, 12 July at 5:30pm in Westminster Cathedral.

At their plenary meeting in November 2012, the Bishops of England and Wales reflected on the tragedy afflicting Syria and, as a sign of solidarity with all in the Middle East region, asked the Catholic community to make 4 December a day of prayer for all those suffering violence and injustice.

The date 4 December was chosen as it is the feast day of St John Damascene and links the early Church with the living community of Middle Eastern Christians and their vocation as peace builders.

Priest and Doctor of the Church