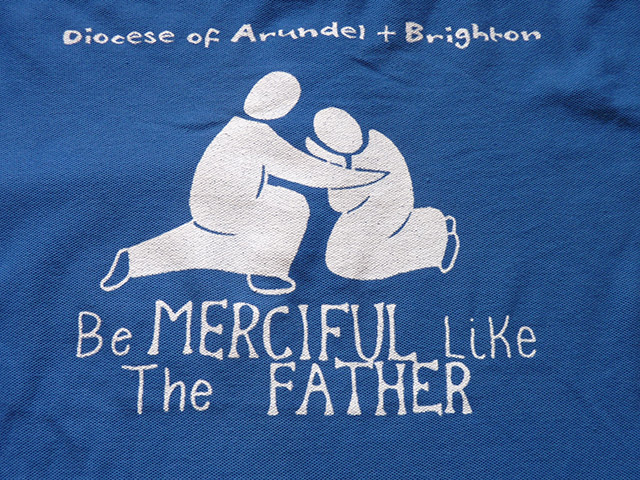 On Sunday 24 July Bishop Richard Moth from the Diocese of Arundel & Brighton sends off with his blessing 49 pilgrims from Sussex and Surrey as they make their way by coach to Poland for the World Youth Day in Krakow with Pope Francis. The theme of this World Youth Day, which happens every few years, is ‘Be Merciful Like the Father.’

The group of pilgrims consists of 5 priests, 2 of the seminarians training for the priesthood and over 40 young people plus Diocesan Youth Adviser, Jack Regan who has organised the whole pilgrimage. Leaving at 3pm on Sunday afternoon they arrive, after travelling through the night, in Krakow at lunchtime on the Monday to join another 1.5 million young Catholics from around the world who are there to celebrate and deepen their faith. This will be the biggest youth event and Christian gathering in the world in 2016.

This is the first time that World Youth Day has been celebrated in Poland since the time of Pope John Paul II, the Polish Pope when in 1991 it was held in Czestochowa, Poland, just after the fall of communism. World Youth Days have been held all over the world from North America to Europe, Asia and last time in 2013 in Brazil, Latin America when nearly 4 million people attended the event.

The young people will enjoy talks about their faith from Cardinals and Bishops from all over the world over three days in the mornings with the opportunity in the afternoon to visit exhibitions and displays as well as meet other young Catholics from across the globe. They will join with everyone else in welcoming the Pope to Poland on Wednesday afternoon 27 July and join him on Friday 29 July in the evening for Stations of the Cross followed by a vigil of prayer on Saturday evening before the final Mass with Pope Francis on Sunday 31 July.

The Youth Adviser, Jack Regan said: “The purpose of the pilgrimage to World Youth Day is not just to encounter God in the Mass with the Pope, prayers and other faith activities, but also in each other, in their fellow Catholics from around the world, and to bring this unique experience back to where they live and share it with other young people.”

As part of World Youth Day during the week they will be sharing their experiences across social media including Facebook, Twitter #ABWYD, and Instagram as well as blog posts and radio interviews. Joanie, one of the young pilgrims received training in the use of social media and press at a training day in London, which she will be putting to use during the week. The training included a talk from Sky News broadcaster, Julie Etchingham who herself had attended that first World Youth Day in Poland in 1991 on behalf of her Catholic Diocese as their World Youth Day correspondent. Maybe Joanie might be a future journalist and broadcaster herself.

Jack Regan said “I believe that the real fruit of the time for these young people at World Youth Day will be that through a deeper understanding of their faith they will be more able to share that faith with those around them especially their peers and to joyfully proclaim to others the mercy and love of God the Father.”