Bishop Declan Lang on Displaced Persons in the Kurdistan Region 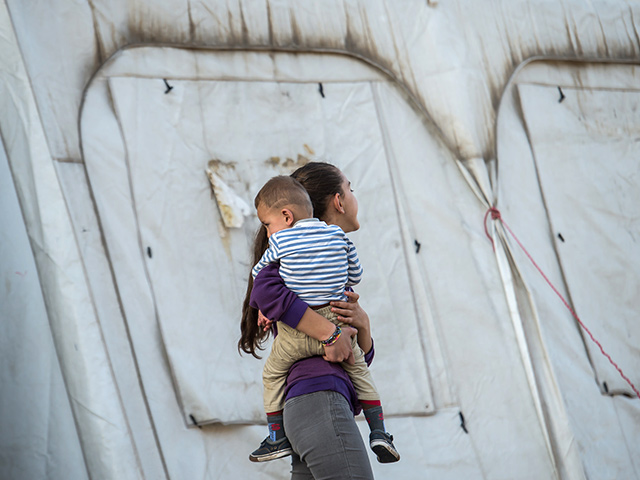 Today Bishop Declan Lang gave a statement in response to the hundreds of thousands of people that have been displaced in the Kurdistan Region:

Mosul and the Nineveh Plains have been almost completely liberated from the tyranny of Daesh, but this is not a time for the international community to turn away.Hundreds of thousands of people have been driven from their homes. Many are suffering physical or mental trauma.

Livelihoods have been destroyed and communities have been torn apart. We all have a duty to help the people of Iraq build their future. This includes supporting the Christian community and other religious minorities, who are an integral part of the country’s social fabric.The local Catholic Church, particularly in the Diocese of Erbil is at the forefront of this effort. However their resources are depleting fast as the humanitarian need continues to escalate every day.

I encourage Catholics in England and Wales to offer their support through aid agencies, and call on the UK government to ensure that humanitarian assistance reaches minority communities as a matter of urgency.

On 5 July Mary Glindon MP told the House of Commons:

We know that there are more than 1 million internally displaced persons—IDPs—currently accommodated in the Kurdistan region, as well as more than 200,000 Syrian refugees. Resettlement is limited because of poor security and the lack of basic services.

However, the Catholic Church, working in the region, has played a significant role in helping IDPs and refugees since the beginning of the crisis. The diocese of Erbil currently supports about 70,000 people with accommodation, subsistence, education and employment. Many of those people are from religious minorities, including Christians and Yazidis.

Cardinal Vincent Nichols, Archbishop of Westminster, has welcomed the Government’s recent decision to extend the vulnerable person resettlement scheme to non-Syrian refugees in the region. I hope that the Minister can say what support the Government plan to provide, during this Parliament, for Churches and religious communities that are helping IDPs and refugees in Kurdistan.