Archbishop of Addis Ababa on the death of Ethiopian Church Patriarch 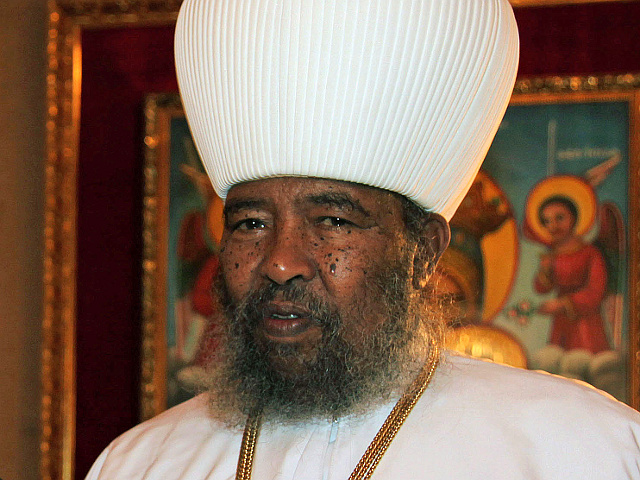 The Most Reverend Abune Berhaneyesus D. Souraphiel CM, Archbishop of Addis Ababa and President of the Catholic Bishops’ Conference of Ethiopia, has sent a message paying tribute to Patriarch Paulos who died last week. He wrote in Amharic:

“It is with great sorrow that I heard the sudden death of Abune Paulos I, Patriarch of the Ethiopian Orthodox Tewahedo Church. I was shocked by his sudden death because he was a good friend whom I consulted on many issues and with whom I worked together on common matters.

“Besides being the Spiritual Father for our Orthodox brothers and sisters, he has been loved and accepted also as a great religious Father of the whole of Ethiopia and the Horn of Africa.

“He was a man of peace and dialogue and as such he will be missed very much by all who worked with him.

“May God console his spiritual Orthodox sons and daughters as well as his family.”

Patriarch Abune Paulos. With thanks to Peter Jennings.