Appointment of the apostolic administrator sede vacante of the eparchy of Saint Vladimir-Le-Grand de Paris of the Ukrainians, France 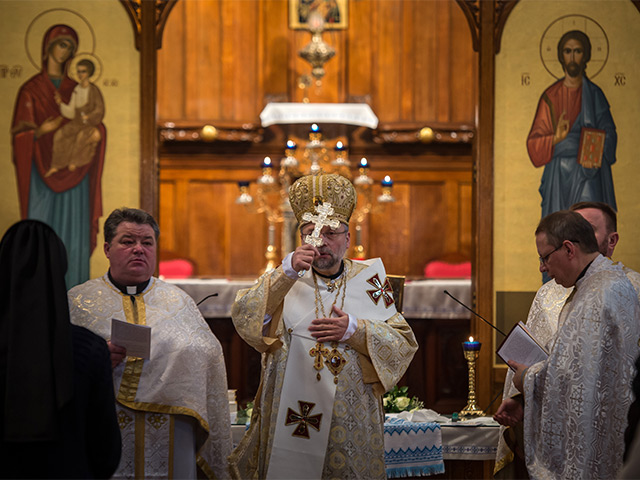 Vatican » » Appointment of the apostolic admini...

Born in Steubenville, Ohio in February 1954, Bishop Lonchyna was ordained to the priesthood in July 1977. He was appointed Titular Bishop of Bareta and ordained Auxiliary Bishop of Lviv, Ukraine on 27 February 2002.

Five years later, on 2 June 2009, he was appointed Apostolic Administrator “sede vacante” of the Apostolic Exarchate for Ukrainian Catholics in Britain and Ireland. He was formally named Apostolic Exarch by Pope Benedict XVI on 14 June 2011 and was installed on 2 August 2011.

Benedict XVI elevated the Ukrainian Apostolic Exarchate in Great Britain to the rank of Eparchy on 18 January 2013. On this date, Bishop Lonchyna ceased to be the Titular Bishop of Bareta.