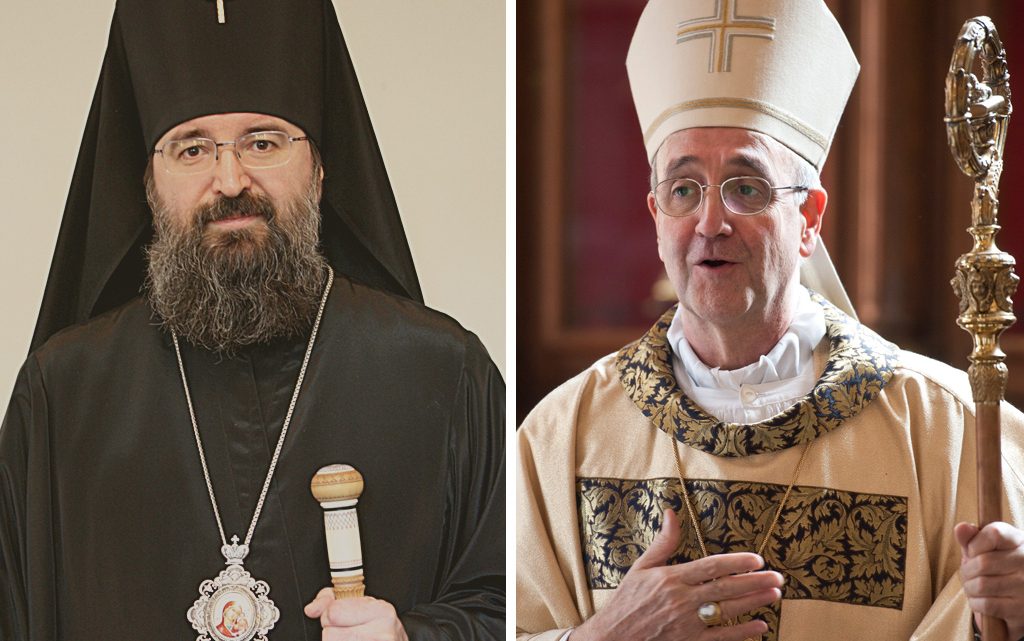 Before the meeting between Pope Francis and Patriarch Kirill, Catholics and Orthodox in the United Kingdom as well as believers all over the world gather in prayer, well aware that throughout this epochal gesture it is offering to humanity – in this moment of severe tensions and conflicts – an extraordinary testimony, unique – of how it is possible to rediscover today – the way of peace and unity. A testimony which, after all, by the will of God is placed in the journey of grace which both Churches are making.

This meeting doesn’t mean that problems between the two Churches have disappeared – they continue to exist and respectful diplomacy and theological commissions will continue to work in order to resolve them – but it marks a new beginning, concentrated on sharing the sufferings of entire peoples, and in particular of Christian communities in the Middle East, which ask help and solidarity and a preoccupation with the defence of Christian values.

A meeting, therefore, which is of historic significance, because it seals the encounter between the Heads of two Churches who have never met in history, who represent two cultural and spiritual traditions that for ages were considered in contrast, while they are complementary and are a chance of mutual enrichment, not only for themselves but for the whole of society in which they live and work.

For all of these reasons, we are confident that this meeting will be of great social value also for nonbelievers, becoming a moment of rejoicing for respectful populations, as the Popes and the Patriarchs in history prayed for years, during which they longed for this. But it will also require the work of ecclesiastical communities, to regain consciousness of what this would mean: a way to discover the true love donated by Christ, which precedes every division and burns resentments, divisions, recrimination, misunderstandings and mutual sufferings.

We prayerfully wish for the success of this incoming meeting.