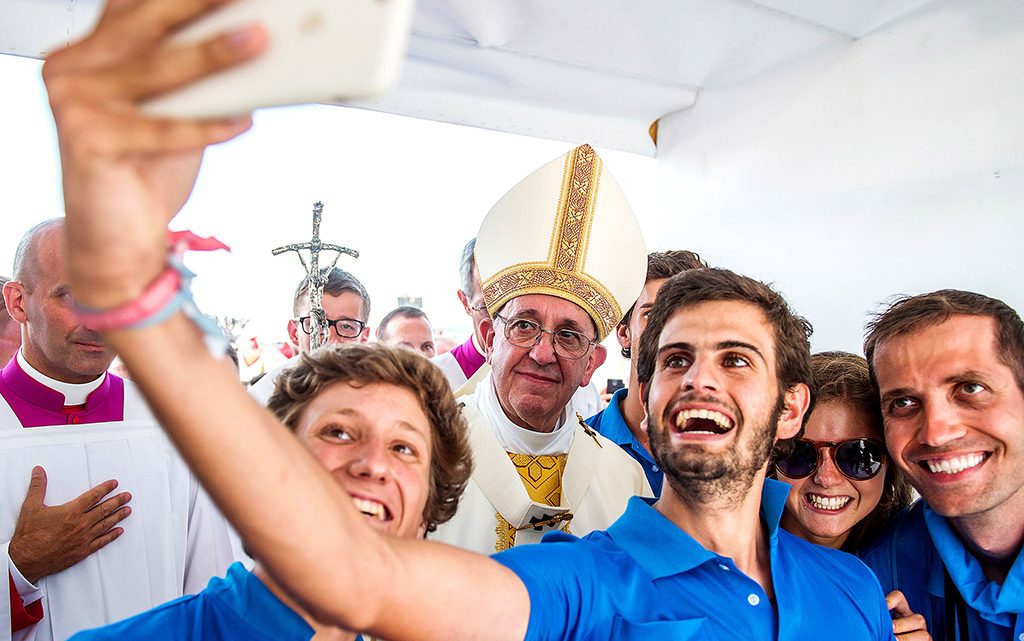 300 young people from around the world have been chosen to come to Rome in preparation for the XV Synod of Bishops to take place in October 2018. Cardinal Lorenzo Baldisseri, General Secretary of the Secretariat of the Synod of Bishops explained at a press conference on Friday that for the first time in the history of the Synod of Bishops, a pre-synodal meeting is planned for the 19-24 of March. The young people attending this meeting were chosen by Conferences of Bishops, religious congregations, and other Vatican dicasteries. They represent young people from various ethnic, and religious backgrounds, walks of life, and lived experience—including some who have experienced human trafficking.

This meeting is being held to assure that the voice of the very audience the Synod is addressing will be heard first-hand. The input from this meeting will be presented to Pope Francis on 25 March. It will also be included in the Instrumentum laboris which will be used by the Synod Fathers as they focus this theme.

How young people’s voice is being heard

Social media is the primary way that the Secretariat for the Synod of Bishops wishes to hear from young people. Over 221,000 responses to the online questionnaire have already been received. It is now possible to participate in Facebook Groups in various languages by signing up using the link found on the Synod’s website.

Also present at Friday’s press conference were two young people participating in a group organized by the Secretariat preparing for the Synod. Filippo Passantino underlined the use of social media in order to involve young people in the Synod. Referring to the Synod’s Facebook, Twitter, and Instagram accounts, he said that “with our advice and our intuition we offered a younger perspective in order to speak to other young people. The objective of the online presence is to create interactions with our peers throughout the world and to facilitate their participation.” And Stella Marillene Nishimwe, speaking in French, said, “I would (…) like to invite all the young people of the world to participate in this precious moment that the Church offers us to make our voice reach as far as possible.”