World not hostile to the Gospel Message, says Archbishop of Birmingham 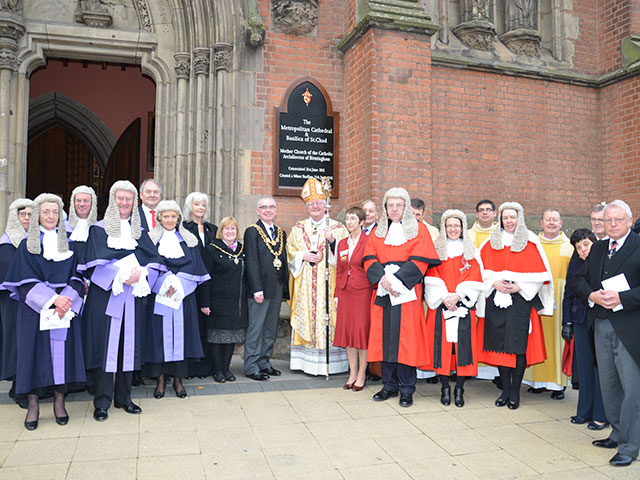 Vatican » Year of Faith » » World not hostile to the Gospel Mes...

At the Annual Civic Mass, celebrated on the Feast of Christ the King, 24 November, and the closing Sunday of the Year of Faith, the Archbishop of Birmingham said that fifty years on from the Second Vatican Council “We still need to look at the world not as an enemy that is indifferent or even hostile to the message of the Gospel but as the place where God’s salvation has already reached into people’ lives through the love of his Son Jesus Christ.”

The Archbishop said that it was important to find “ever fresh ways to show the love of God for the world,” and cited the presence of the crib in the Birmingham German Christmas Market as a “powerful reminder of God’s love come in to the world through the birth of his Son Jesus.”

He emphasised the importance of demonstrating God’s love through deeds, adding that “part of the appeal of Pope Francis is his ability to show by small, personal gestures that God cares about those who have the greatest challenges in life.”

Praising the generous outreach of all faith communities in the city of Birmingham, Archbishop Longley said that they are “often the first to recognise social needs within our local communities.” He highlighted the ‘Anawim Women’s Centre’ as one example of the many faith-inspired projects which demonstrably express the love of God. The centre exists to support women and their children, especially women vulnerable to exploitation, including prostitution.

The annual Civic Mass took place at St Chad’s Cathedral on Sunday 24 November and was attended by the Lord Mayor, City Councillors, MPs and MEPs, Judiciary, academics and diplomatic representatives as well as ecumenical and interfaith friends.

Archbishop Longley’s Homily can be found in the top right corner of this page.