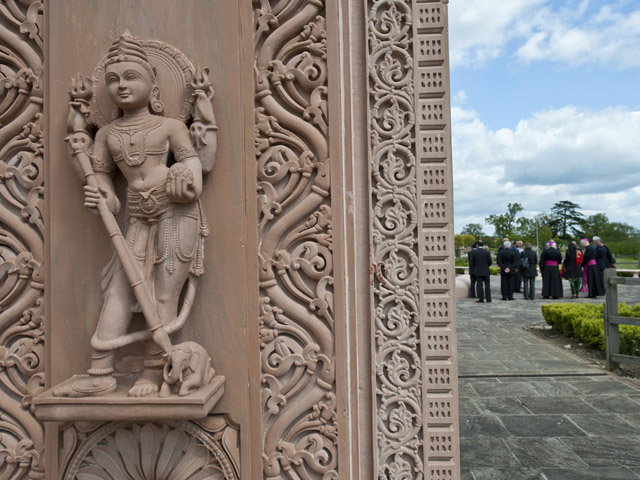 The Pontifical Council for Interreligious Dialogue has released a message to the world’s Jain communities promoting shared family values ahead of the religion’s feast of Mahavir Jayanti.

Celebrated on 23 April this year, Mahavir Jayanti marks the birthday of Lord Mahavir – the most recent teacher of Jainism.

“As the primary school and agency of peace, it is the family that sets the tone for peace in the greater human family i.e. the world community.

“If humanity is to live in peace, needless to say, it ought to draw inspiration from values that form the bedrock of families: learning to respect the ‘other’ in his/her ‘otherness’ and working together in honesty and solidarity for the common good.”

The Cardinal goes on to urge Jains and Christians to make their homes places of peace:

“Grounding in our shared conviction that we are all brothers and sisters called to form one great human family and conscious of our moral responsibility as part of that call, may we, Christians and Jains, nurture, first of all, thoughts, words and gestures of peace in our respective homes and secondly, joining hands with others, so as to promote families as the seedbeds of peace to build a humanity at peace.”

We pray for the Jain community in our country on the festival of Mahavira Jayantii (pronounced Ma-ha-weir-ah ya-yan-tea), the birthday of the most recent teacher of Jainism. As Jains celebrate his message of non-violence, we also pray for all who are working and yearning for peace.

Jainism is a religion that focuses on non-violence as its core value. Overcoming earthly desires and attachments is highly valued, and believed to lead to an unselfish lifestyle that does as little harm as possible. This is reflected in the teachings of Lord Mahavir, which are followed by the 25,000 Jains in Great Britain.

There are about 25,000 Jains in Great Britain, all of whom follow the teaching of Lord Mahavir, the 24th and last Thirthankara of this era, who lived in the 6th century BC.

The Thirtankaras are teachers of the Jain faith (or dharma, way of life) who are revered for having overcome earthly desires and attachments.

Jains believe that every person has the potential to achieve such freedom, and aim to end the cycle of rebirth they believe every being undergoes. As Jains believe that every being has a soul, including animals and plants, Jainism’s central principle is non-violence, which includes strict vegetarianism. In addition to this principle, Jains follow the principles of truthfulness, of taking nothing that is not freely given, of chastity, and of not being dominated by material desires (non-attachment).