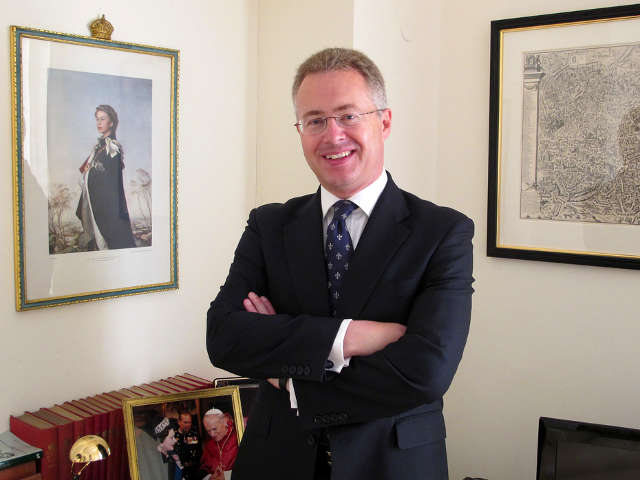 CBCEW » News and Media » » UK Announces New Ambassador to the ...

Mr Nigel Marcus Baker OBE MVO has been appointed Her Majesty’s Ambassador to the Holy See.

He will succeed Mr Francis Campbell who has transferred to another Diplomatic Service appointment. Mr Baker will take up his appointment during August 2011.

Mr Baker is a career member of HM Diplomatic Service. He joined the FCO in 1989, since when his career has taken him principally to Central Europe and Latin America, most recently as HM Ambassador to Bolivia. Mr Baker also worked in the Private Office of HRH The Prince of Wales from 2003 to 2006. Between 1996 and 1998 he lived and worked in Italy on an academic sabbatical.

On his appointment as Her Majesty’s Ambassador to the Holy See, Mr Baker has said:

“I am delighted and honoured to be taking up this posting. The last few years have seen the development of a strong and fruitful global partnership between the United Kingdom and the Holy See.

“The historic visit of Pope Benedict XVI in September 2010 reinforced that relationship and opened new avenues for bilateral and multilateral collaboration. I look forward to the challenge of deepening our engagement across the many issues on which we work together.”

For more information and full CV, visit the official website:
The British Embassy to the Holy See